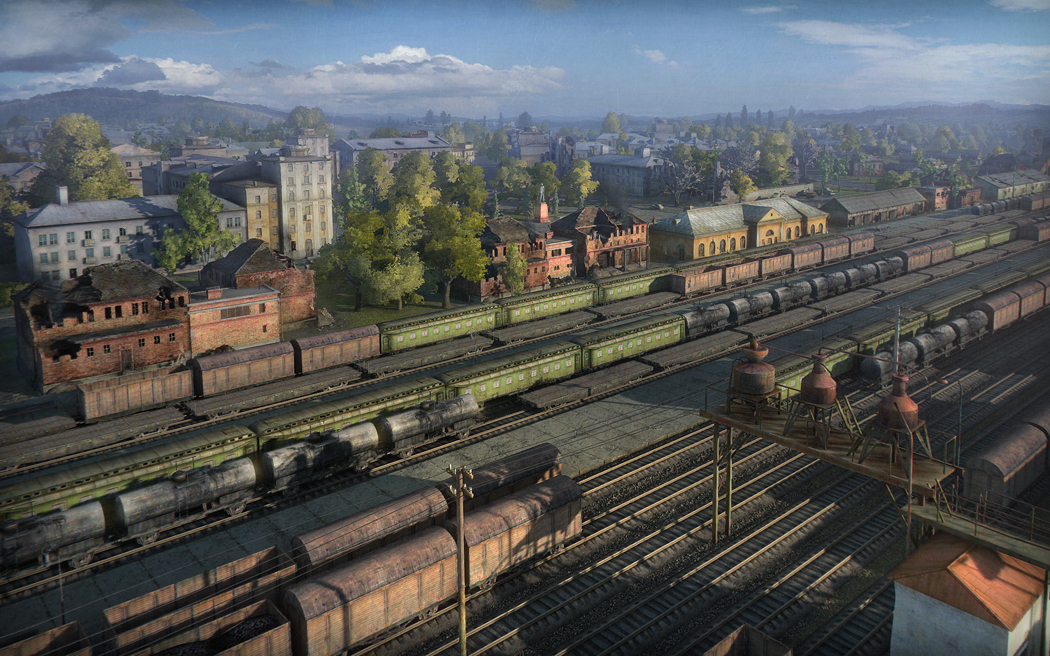 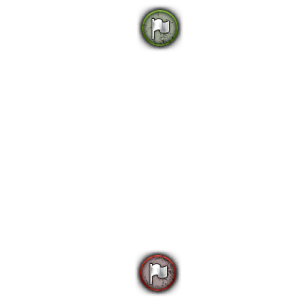 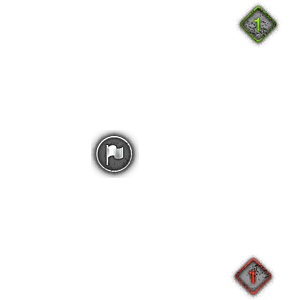 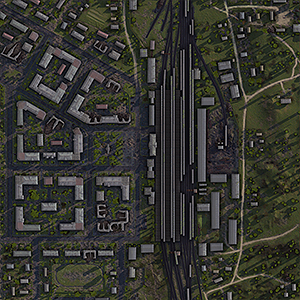 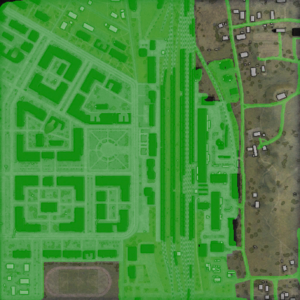 A mixture of city outskirts and suburban areas with railroad tracks spanning and dividing this map. Plan your tactics to take advantage of defensive choke points and cover open areas with your vehicles. Artillery is great for deterring enemy breakthroughs, but remains almost defenseless when exposed to enemy vehicles attacking from cover.

Ensk is one of the most popular maps in World of Tanks. Because of this, it is important to know where you are best and where you won't be of much use. On the A-B line, there is long road that is open and is surrounded by buildings. Coming here is not recommended even if you are a fast scout such as a Pz. Kpfw. I C, M5 Stuart, Chaffee, or RU 251. This is because you have limited space to work with. Even tanks with slow turret traverse such as the BDR G1 B will be able to pick you off very easily if you come down this route. Instead, scout to the east, where the terrain is a bit more open. The 1-2 line is more useful when the game progresses as you can go around the main brawling spot to the rear of the enemy.

D2/3 to G2/3 is where the main action takes place. The larger tanks will more than probably end up here because this a place made for brawling. The buildings and debris will cover you, while the trees down on the south side will conceal you. This is an advantage the north doesn't have. The north though, will feel more comfortable moving if they can claim D2 and E2 before the south. SPG's will have a hard time on this map if they don't get close to the enemy. They are better off covering lines 7-10. Tank destroyers can either go into the east field or stick with their heavies. Turreted tank destroyers will have better chances going with the heavies because of their ability to look around corners. They also won't be as vulnerable if a enemy tank gets around their back.

Mediums will find that Ensk has everything to offer for all tanks: with one exception. The mediums will get easily killed by the supreme gun power of heavies and TD's in the west, but in the east, you have to be fast to survive. If you only have these two choices to pick from, your probability of surviving will be better in the east. There are a few buildings to cover you. Light tanks that aren't scouts should stick with the mediums.

Maps list
Retrieved from "http://wiki.wargaming.net/en/index.php?title=Ensk&oldid=308626"
Categories:
Your location:
To log in, select the region where your account is registered
CIS Europe North America Asia
Or use Microsoft Login to enter WoT XBOX ecosystem
Log in