A tank's gun, which can be a cannon, autoloader, or howitzer, is the tank's main weapon.To decide which gun to mount, you must look at the penetration, average damage, and rate of fire as very important considerations for choosing a gun.

Not all guns that are available for a tank can be mounted on any turret. If there is a turret module preceding a gun on a tank tech tree, you will need to research and install it before mounting the gun.

A destroyed gun will lock, preventing the tank from firing until it is repaired, and a damaged gun will fire with drastically reduced accuracy.

Damage - The amount of hit points the shell takes from the enemy tank with a hit. Measured in HP (Hit Points), The gun damage statistics are usually written in a format such as #/#/#: referring to the shell types available for the gun, usually AP/APCR/HE ammo types.

Penetration - The penetration of the weapon refers to the amount of flat metal armor the gun can penetrate in millimeters (mm). Penetration is calculated as if firing at flat armor at a range of 100m, and is usually written in the #/#/# format. Again, this refers to the different shell types available for the gun.

Shells - The available shell types for the guns are determined by the color of the damage and penetration attributes: AP, APCR, HE, HEAT. For more info, see Ammo.

Rate of Fire - The rate of fire of a gun is the number of shells that can be fired in a minute, also known as RoF. For guns equipped with a magazine, the given rate of fire is the sustained rate of fire, or the average firing rate including the magazine reload time, not the burst firing rate of a single magazine.

Aim Time - The time it takes in seconds for the aiming reticle to shrink to minimum.

See the sections on Autoloaders, Semi-Autos, or Autocannons for more details about those variants of the main gun available in-game.

The German Wehrmacht practiced a standard convention in naming their gun designs and models. For example, the Tier-1 stock gun for the PzKpfw 35(t) was designated the 3,7 cm KwK 34 (t) L/40. This designation means that the gun is of a design adopted in 1934 and intended for use as a KampfwagenKanone (tank mounted main gun). It has a caliber of 3.7cm and a barrel Length equivalent to 40 times its caliber, or 40 x 3.7 = 148cm.

Other German acronyms and abbreviations used in gun names found in the following table of gun characteristics include: 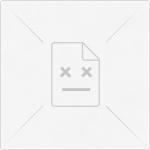 Retrieved from "http://wiki.wargaming.net/en/index.php?title=Gun/Germany&oldid=270474"
Category:
Your location:
To log in, select the region where your account is registered
CIS Europe North America Asia
Or use Microsoft Login to enter WoT XBOX ecosystem
Log in