889000
Developed in 1940, the Bf 109 F outperformed the earlier Bf 109 E due to lighter armament, improved aerodynamics, and a more powerful engine. 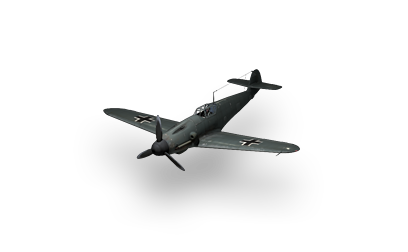 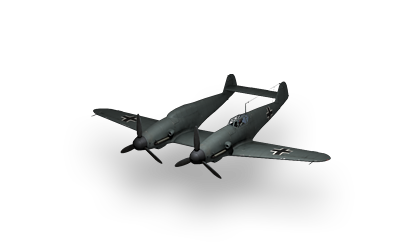 This aircraft has a lot in common with the earlier 109's yet lots of change. It still has its great altitude performance and it flies just the same,but gains a lot of speed at the cost of its guns. Although it does have the 20mm cannon mounted inside the propeller and gains 13mm machine guns once you unlock them, it loses the wing mounted guns. So a big loss to firepower. The only redeeming factor is that the 20mm autocannon is fairly accurate and does not overheat quickly. The best way to make the most of its limited firepower is at close-range. This means you have to rely more and more on putting accurate bursts into your targets; and this style pays off once you unlock the Bf-109 G and beyond. It plays similar to the American P51. Use your new-found speed and altitude to dive bomb lower threats. Stay out of low altitude fights, you will get destroyed very fast.

Germany
Fighters
ja:Plane:Bf-109f
Retrieved from "http://wiki.wargaming.net/en/index.php?title=Plane:Bf-109f&oldid=290416"
Categories:
Your location:
To log in, select the region where your account is registered
CIS Europe North America Asia
Or use Microsoft Login to enter WoT XBOX ecosystem
Log in