Homepage/
World of Warplanes/
Heinkel He 112

122000
Developed and tested in 1935 as a new fighter for the Luftwaffe. Exported to Spain, Japan, Hungary, and Romania. A total of 100 aircraft were built. 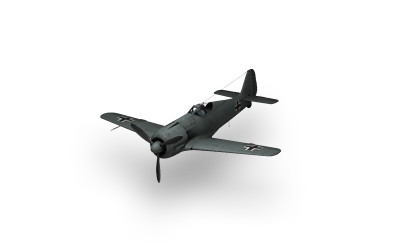 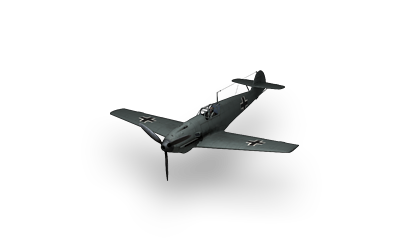 The He 112 sits in the middle of Tier 4 as a jack of all trades fighter that excels in no particular area but doesn't struggle in any. It is more maneuverable than its cousin the Bf 109B with a lower stall speed and a slightly better turn rate, as well as operating better at lower speeds. The He 112 packs two 20mm autocannons which gives it a nasty punch at the cost of quickly overheating. Burst firing and leading shots is required to use them properly, but the He 112 is a good training plane for this. Against other fighters the He 112 takes some getting used to because of its unusual handling characteristics. It is fast enough to zoom in and bug out of dogfights and can hold its own in a turning contest, while giving agile but fragile planes a taste of their own medicine with your autocannons. Against faster or more maneuverable planes however, the He 112 is at a disadvantage. Play to your strengths and their shortcomings in order to survive. Prolonged engagements aren't recommended as your guns quickly become a liability once they overheat. Pace your shots, let your guns cool for a second or two, and keep stacking the damage from those 20mm autocannons. Overall He 112 is a capable fighter with a nasty arsenal, but always keep its limits in mind.

Germany
Fighters
ja:Plane:He-112
Retrieved from "http://wiki.wargaming.net/en/index.php?title=Plane:He-112&oldid=290298"
Categories:
Your location:
To log in, select the region where your account is registered
CIS Europe North America Asia
Or use Microsoft Login to enter WoT XBOX ecosystem
Log in