Homepage/
World of Warplanes/
Mikoyan-Gurevich I-220

1330000
High-altitude fighter designed for maneuvering combat. During development, the I-220 was tested with different types of engines. Several prototypes were built. 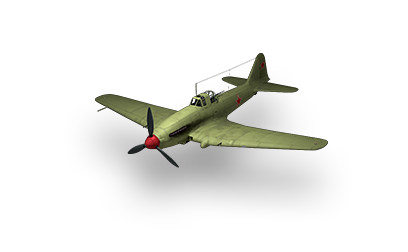 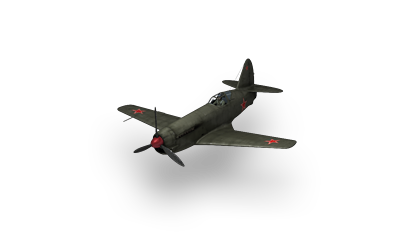 Coming out of the I-210 grind, the I-220 emerges as a full-fledged high altitude energy fighter that can not only compete but excel in battle. Up front you have twice the firepower with four B-20 autocannons, capable of shredding all but the toughest planes the I-220 may encounter. The I-220 also has good altitude performance and can fly up to hunt bombers or swoop down to fight everything else. It boasts excellent speed and acceptable maneuverability, giving you more than a fighting chance against other fighters and/or multiroles. However, as with the previous planes down the line, the I-220 should in no way be used in turnfighting; specialist planes will run circles around it. The I-220 has two weaknesses to pay attention to: the low healthpool and its vulnerability to fire. This plane is fairly fragile and will catch fire if hit enough times. Because the I-220 carries a respectable arsenal, boom-and-zoom tactics is not only viable but recommended to keep it alive in battle. All in all the I-220 is a fast and deadly Soviet fighter that is more than a match for its opposition.

Retrieved from "http://wiki.wargaming.net/en/index.php?title=Plane:I-220&oldid=293732"
Categories:
Your location:
To log in, select the region where your account is registered
CIS Europe North America Asia
Or use Microsoft Login to enter WoT XBOX ecosystem
Log in