334000
Developed on the basis of the P-36. Most extensively used against Japan during the Pacific War and in China, and on the Soviet-German front. 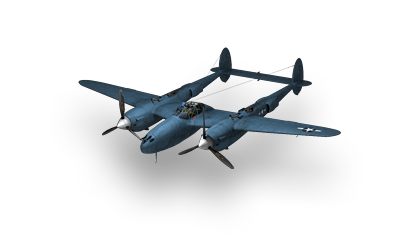 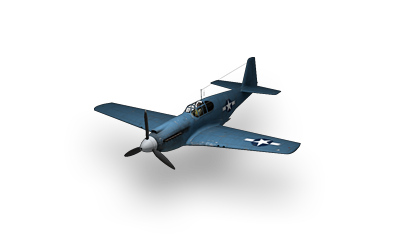 The P-40 Warhawk excels at boom and zoom, high energy fighting. Be sure to gain altitude, drop on your target, and use a high yoyo maneuver to regain altitude. Dropping the flaps and turn fighting in the Warhawk is counter intuitive, as it is arguably the best in tier at energy retention. Although its forward firing guns seem light compared to the rest of the fighters at its tier, the four (upgraded it has six) .50 cal machineguns seem to work just fine. Having the same guns as the F4F wildcat, unlocking them can help ease the grind. Head ons are not a bad option however be careful because most fighters have auto cannons. It's high speed combined with its large health pool of 235 HP at max make it a good fighter. The lack of autocannons can get a little annoying and it is outmanoeuvred by almost everything, but if you look past those things, you have a nice fighter and a fun plane to play.

USA
Fighters
ja:Plane:P-40
Retrieved from "http://wiki.wargaming.net/en/index.php?title=Plane:P-40&oldid=241020"
Categories:
Your location:
To log in, select the region where your account is registered
CIS Europe North America Asia
Or use Microsoft Login to enter WoT XBOX ecosystem
Log in