2370000
The fastest Mustang and one of the fastest piston fighters in the world. A total of 555 aircraft were built. 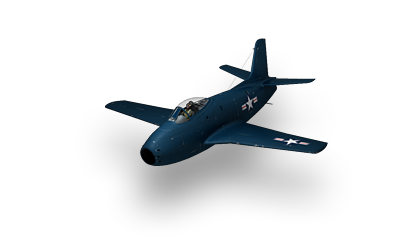 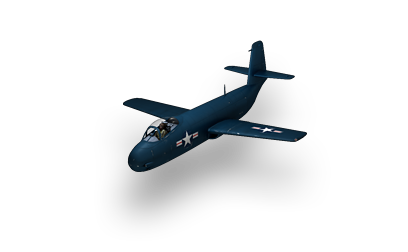 For the history of the initial development of the P-51 Mustang family and the Allison powered Mustangs: https://wiki.wargaming.net/en/Plane:P-51a

For the history of the later Merlin power versions that serve the USAF: https://wiki.wargaming.net/en/Plane:P-51

For the service history of all variants of Mustangs in non-USAAF/RAF service:

For the history of the Mustangs that served the RAF:

the development of the “lightweight” mustangs began as a proposal by North America to redesign the P-51D which was accepted by the USAAF. upon being accepted North America got to work at implementing the modifications which included a new wing design, new types of airfoils to reduce drag, a simplified undercarriage with smaller wheels and disc brakes, a larger canopy, and unlike the P-51D/K was armed with four .50 Browning machine guns as well as including a new engine option to compliment the Packard V-1650’s, the Merlin RM 14 SMs. these modifications made the aircraft now designated as XP-51F (if it used a V-1650) or XP-51G(if it used the Merlin RM 14 SMs) 1,600 lbs lighter than the P-51D. A small number of these aircraft were also given to the British under the designation Mustang Mk V for testing, however, none of them made it to the production lines. a third variant was also made, the XP-51J which was meant to use the Allision V-1710-119 but the engine was insufficiently developed by the time the XP-51J was ready so it was loaned to Allison for engine development, it to never saw mass production.

development of the P-51H began after the XP-51 F/G program, embodying the experience learned from the XP-51 G/F and the P-51D the P-51H came with same type of modifications the XP-51 F/G received along with receiving a new engine, the Packard V-1650-9 which carried a Simmons automatic boost control and water injection, which allow the aircraft to have capable of producing power as high as 2,270 hp (1,690 kW) in case of an emergency, while carrying the same armament as the P-51D. these improvements made the P-51H the fastest of the P-51 family and one of the fastest prop fighters ever developed.

The Mustang that never fought a war:

upon its introduction the P-51H was intended to supplement the P-47N for Operation Downfall, the plan invasion of Japan however it was cancel when Japan surrender after the atomic bombings causing the USAAF and other customers to cancel all orders for P-51H and other lightweight mustangs that have not been delivered yet, this included all the orders for the P-51L which was similar to the P-51H but utilized the Packard V-1650-11 engine though with all the orders cancelled none where built, and its Dallas-built version, the P-51M, or NA-124, which utilized the V-1650-9A engine of which one was built by the time all the orders where cancelled(serial number 45-11743). after World War II most P-51H’s went into reserved status while some were sent to active duty squadrons, though also during this time period the P-51H airframe was used in the creation of the F-82 twin Mustang. when the Korean war happened despite being more faster and nimbler than the older P-51D’s the P-51H was not sent to fight in Korea due to lack of spare parts, lighter structure, small numbers and the fact that the P-51D had a proven track record. after Korea, the P-51H like the rest of the remaining mustangs will be replaced in the US inventory by the new jet fighters entering service.

Legacy of the Mustangs:

The P-51 Mustang especially the Merlin powered variants are consider by many to this day to have been the best Prop Fighter in the USAAF and is usually listed in lists regarding which World War II fighter was the best along with other iconic aircraft such as the Supermarine Spitfire, Messerschmitt Bf 109, Nakajima Ki-84 Frank, Mitsubishi A6M Zero, Grumman F6F Hellcat, and the Yakovlev Yak-3. As for its legacy in the realm of aircraft development, it’s for the time rather revolutionary design elements such as using conic sections to loft a fuselage mathematically was soon adopted as the standard for the aviation industry.

as for the Lightweight Mustangs, despite never seeing combat and having a very uneventful service history the innovations made in the development of the P-51H and the lightweight mustangs in general carried over to the new generation of Jet Fighters that were entering service at the same time such as the F-86 Sabre and FJ-1 Fury. a prime example being the P-51H influence on the wing shapes of the FJ-1 and the design of the unbuilt preliminary prototypes of the F-86.

And finally, in terms of pop-culture, the P-51 Mustang became an American icon of World War II along with other aircraft such as the B-17 and F4U Corsair and has remained so ever since.

P-51L: a variant of the P-51H that was ordered for the USAAF but was cancelled after the end of World War II, similar to the P-51H but instead used the Packard V-1650-11 engine. none where built

P-51M: a variant of the P-51H that was ordered for the USAAF but was canceled after the end of World War II, similar to the P-51H but used the Packard V-1650-9A engine which lacked water injection making it less powerful than the parent V-1650-9 engine the P-51H used. only one aircraft was built

USA
Fighters
ja:Plane:P-51h
Retrieved from "http://wiki.wargaming.net/en/index.php?title=Plane:P-51h&oldid=278324"
Categories:
Your location:
To log in, select the region where your account is registered
CIS Europe North America Asia
Or use Microsoft Login to enter WoT XBOX ecosystem
Log in