328000
Developed in 1940 as the I-26 high-speed fighter. One of the best Soviet fighters of the early years of World War II. A total of 8,734 aircraft of various modifications were produced. 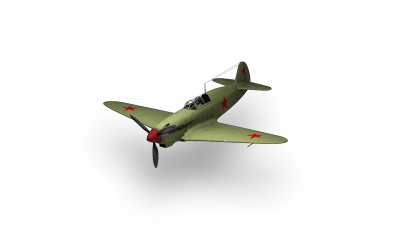 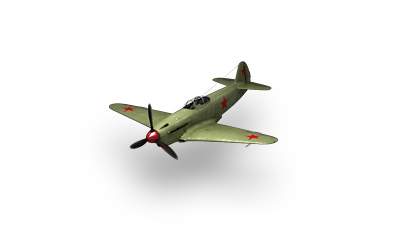 This is the first Yakovlev fighter available in the game. It has its ups and downs but if you get used to it, you'll find it enjoyable. It's maneuverability is it's strongest point. Being able to outmaneuver all tier five aircraft except for the A6M2 zero - which has a very small edge in that category - and the Ki-43-II. It's speed while not the fastest, comes in handy when facing other aircraft. What brings this aircraft down is it's guns. It is only armed with one 20mm cannon and one 12.7mm MG when upgraded. Not counting gift aircraft, it has the worst guns of its tier. Another thing is its health. Just like other Russian aircraft the health is low, but not Japanese low. To use the aircraft effectively, use your maneuverability and speed to get behind enemies and bring your guns to bear. Do not head on with anyone because you will get destroyed very quick. Stick to lower altitude fights and make them come down to you.

USSR
Fighters
ja:Plane:Yak-1
Retrieved from "http://wiki.wargaming.net/en/index.php?title=Plane:Yak-1&oldid=272323"
Categories:
Your location:
To log in, select the region where your account is registered
CIS Europe North America Asia Republic of Korea
Or use Microsoft Login to enter WoT XBOX ecosystem
Log in