It's best that to let Aoba behave as an anti-ship combatant rather than a AA screen. Aoba retains the narrow hull of Furutaka and thus can bow in and expect not to be hit (very often) by battleship guns at longer ranges allowing continued fire. Combined with her excellent maneuverability and fast reverse speed of 17 knots, holding that heading is not difficult and while she can still dodge the occasional torpedo salvo if coming from the front or rear, especially with Hydroacoustic Search

active to give more time. 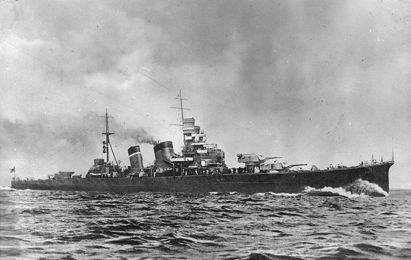 Ships of Japan
Cruisers
Retrieved from "http://wiki.wargaming.net/en/index.php?title=Ship:Aoba&oldid=312857"
Categories:
Your location:
To log in, select the region where your account is registered
CIS Europe North America Asia Republic of Korea
Or use Microsoft Login to enter WoT XBOX ecosystem
Log in