Sweden | TD | Tier VI
Battle Tier
1234567891011
Overview
Mouse over "
▲
Well, the ones further down, of course.
" for more information
[Client Values; Actual values in
▲
Specifically, the mismatch in crew values caused by commander's 10% crew skill bonus. Outside of a crew of 1 commander only, 100% crew is a fiction. The client values, given for 100% crew, will normally be taken into battle with 110% crew skill members aside from specific functions, causing their actual performance to deviate from the expected client value. These differences are taken into account in tooltip boxes.
]
Crew
Mobility
Armor
Armament
General
Values are Stock - click for TopValues are Top - click for Stock
Ikv 103
Ikv 65 Alt II
Ikv 90 Typ B

The Ikv 65 Alt II is a Swedish tier 6 tank destroyer.

In the mid-1960s, the Swedish Ministry of Defense laid out requirements for a new light tank. The lightly armored vehicle should combine high speed and maneuverability with powerful armament that would be sufficient to oppose modern tanks and provide fire support to the infantry. Landsverk developed several projects with both a rotating turret and a gun mounted on a stationary superstructure. They were essentially tank destroyers. Development of the project was discontinued at the drafting and modelling stage.

The Ikv 65 still retains the "glass cannon" traits from its predecessor. It has great mobility and a small size that provides a great camouflage rating, but also doesn't have armor protection. This tank destroyer abandons the traits from the early Ikv project that classed it as an infantry support SPG in real life, with powerful derp shot but awful gun handling. Instead, the Ikv 65 offers much better gun handling and excellent penetration in exchange for much lower alpha damage. That makes it the true sniper in its tier.

- Very high top speed and acceleration due to low weight

- Very playable stock, with good mobility and a gun that has decent penetration

- Absolutely no armor, most guns' HE shells can rip it to pieces; easily one-shotted by howitzers and can be a prized target to SPG's

- Long reload for a gun with this damage

- Mediocre momentum; often swings when braking at high speed, combined with a tight gun arc makes it unsuitable for snapshots

- Engine gets hit a lot

- Limited gun elevation when on a downward slope

This tank is a great sniper, and was built to be. Take advantage of your good gun depression and high pen to snipe away at tanks from far away. If things get too hairy you can run away and relocate. With your top speed you can also act as a ninja TD in some cases, and sometimes be able to flank enemy tank destroyers! Some reliable tactics are to use the excellent reverse speed of 20kmh and your reasonably small profile to kite enemies around terrain such as rocks and undulations to make up for your terrible DPM. Use this to out-trade opponents with higher DPM than you and remain reasonably healthy for late game. Another technique is to train a camo crew and abuse concealment like a light tank. The mobility allows it to comfortably go up to a bush, proc. binoculars, pull back and shoot your enemy.

- Only the Ra 146 radio carries over from the Ikv 103
- Choice of researching the top gun for better gun handling or the engine. Upgraded tracks are required for the gun.
- Finish any remaining modules

After the Ikv 103 it wouldn't be until the mid-60's before the Ikv concept was brought up again, but this time with an emphasis on being able to fight tanks and other AFV’s. In total three different companies were asked to submit their designs for the new Ikv, which they called Ikv 65. First there was Landsverk, who had produced the other Ikv’s. Then there was Hägglunds, who had just started producing their armoured personel carrier design for the Swedish army, and finally there was Bofors, who was also developing the S-tank. Of all these companies Landsverk was the most experienced, having produced virtually every Swedish tank design from the 1930's to the 1950's. However Landsverk had fallen on hard times after losing the contract for the army’s new APC to Hägglunds, but it was decided to make a last ditch effort to keep the military part of the company going and five different designs were submitted for the new Ikv project. The first proposal was essentially a rebuilt Ikv 103 with a bigger superstructure and bigger engine. The main armament, shared between all the proposals, was a Bofors 90mm L/54 low pressure gun, developed from the Pvpj1110 recoilless rifle. There was however a number of versions of this gun considered (although not directly by Landsverk). 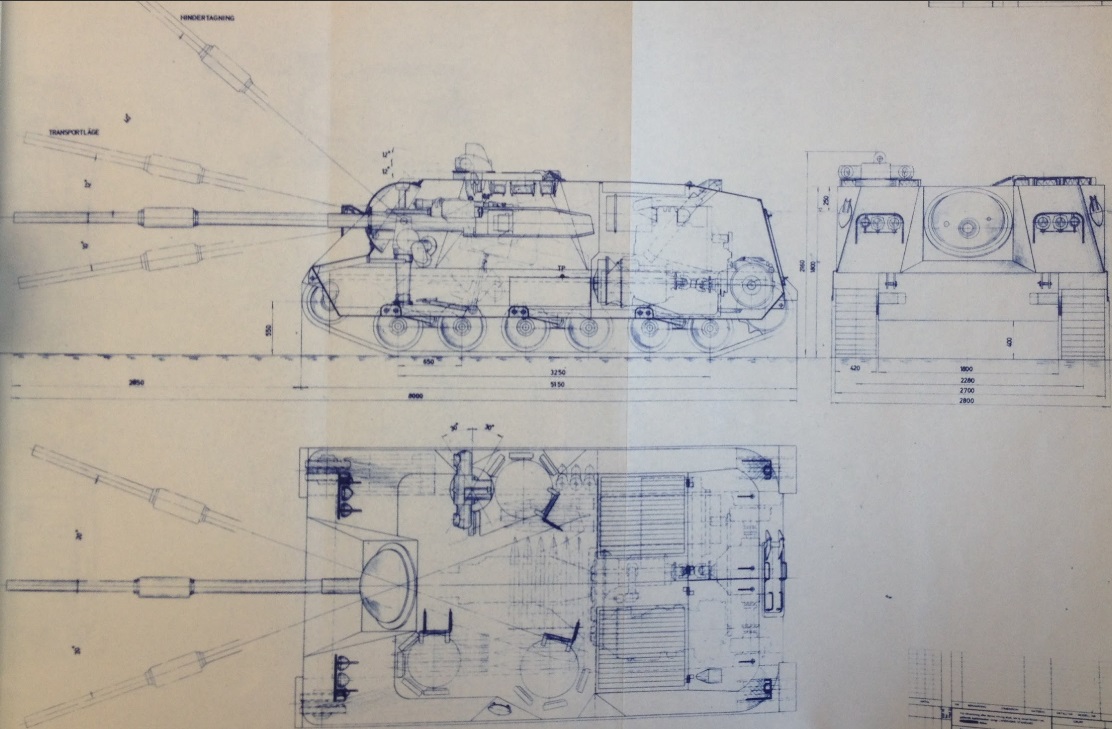 The other Ikv 65 proposals used their own original suspension and did not vary that much from each other, except for the final design, which was to be based of the Pbv 302 APC chassis and was to have a fully traversable turret. 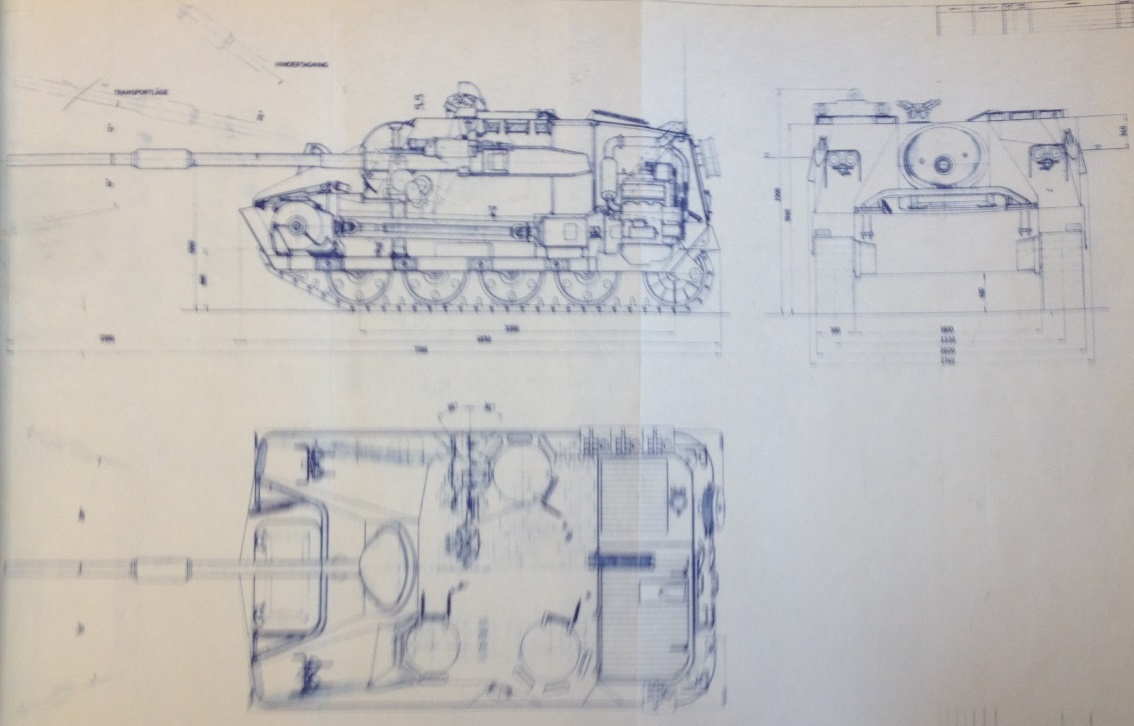 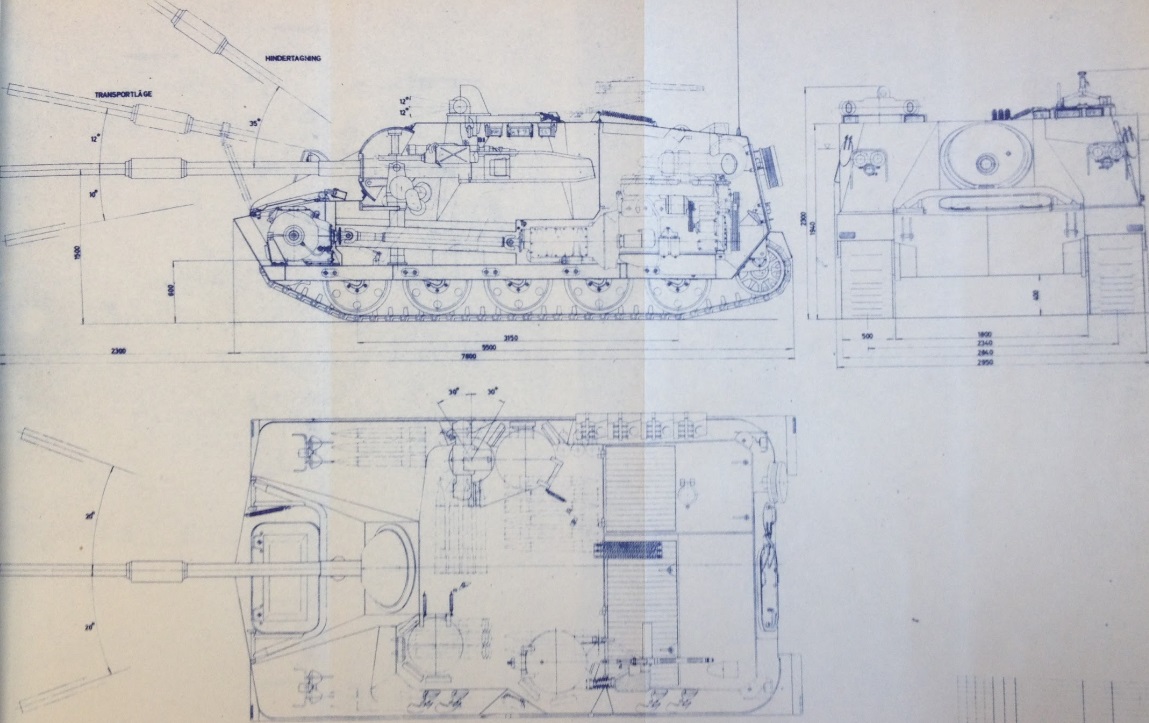 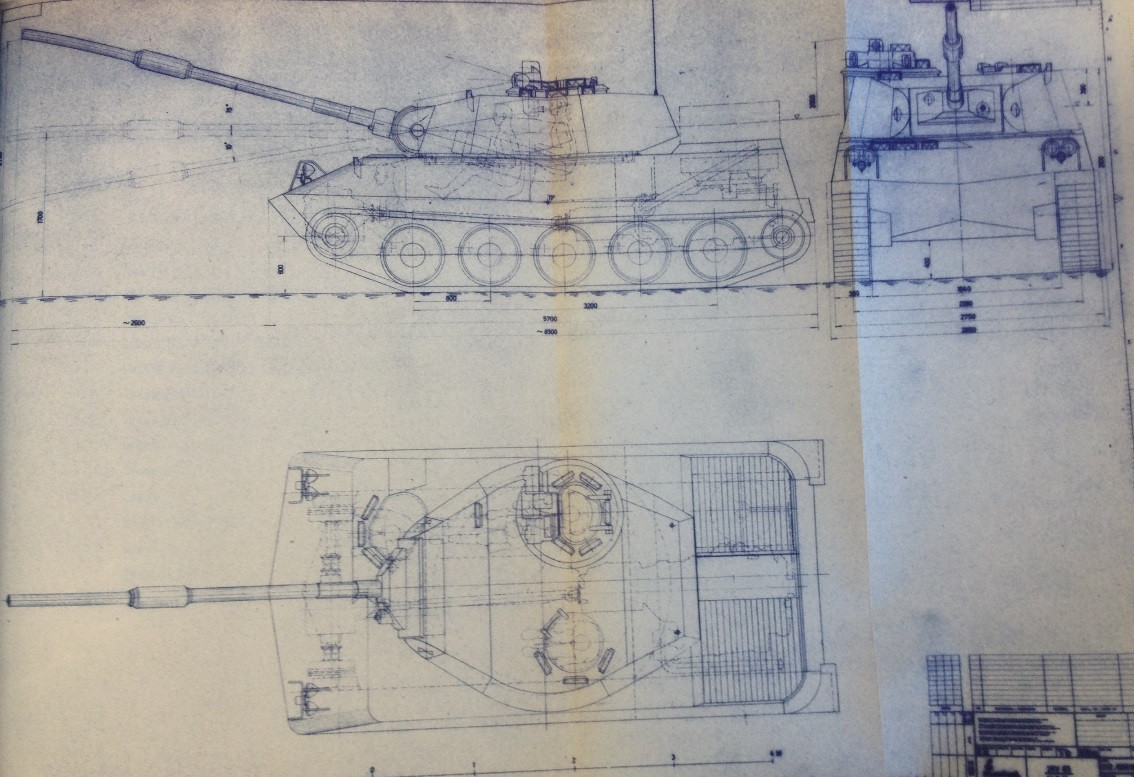 Despite the Landsverk design being the one preferred by the Army, it was ultimately decided to go with the Hägglunds design due to the greater interchangeability of parts between the new Ikv and the Hägglunds-designed and built Pbv 302 APC. Eventually this led to the production Ikv 91 in 1975, but that is a story for another part. After losing the contract for the Ikv 91, Landsverk did shut down its military design section and focused on the production of civilian excavators. After that it wasn’t long until the remaining part of the company was sold off to Volvo BM, and by the mid-70's Landsverk was shut down for good. 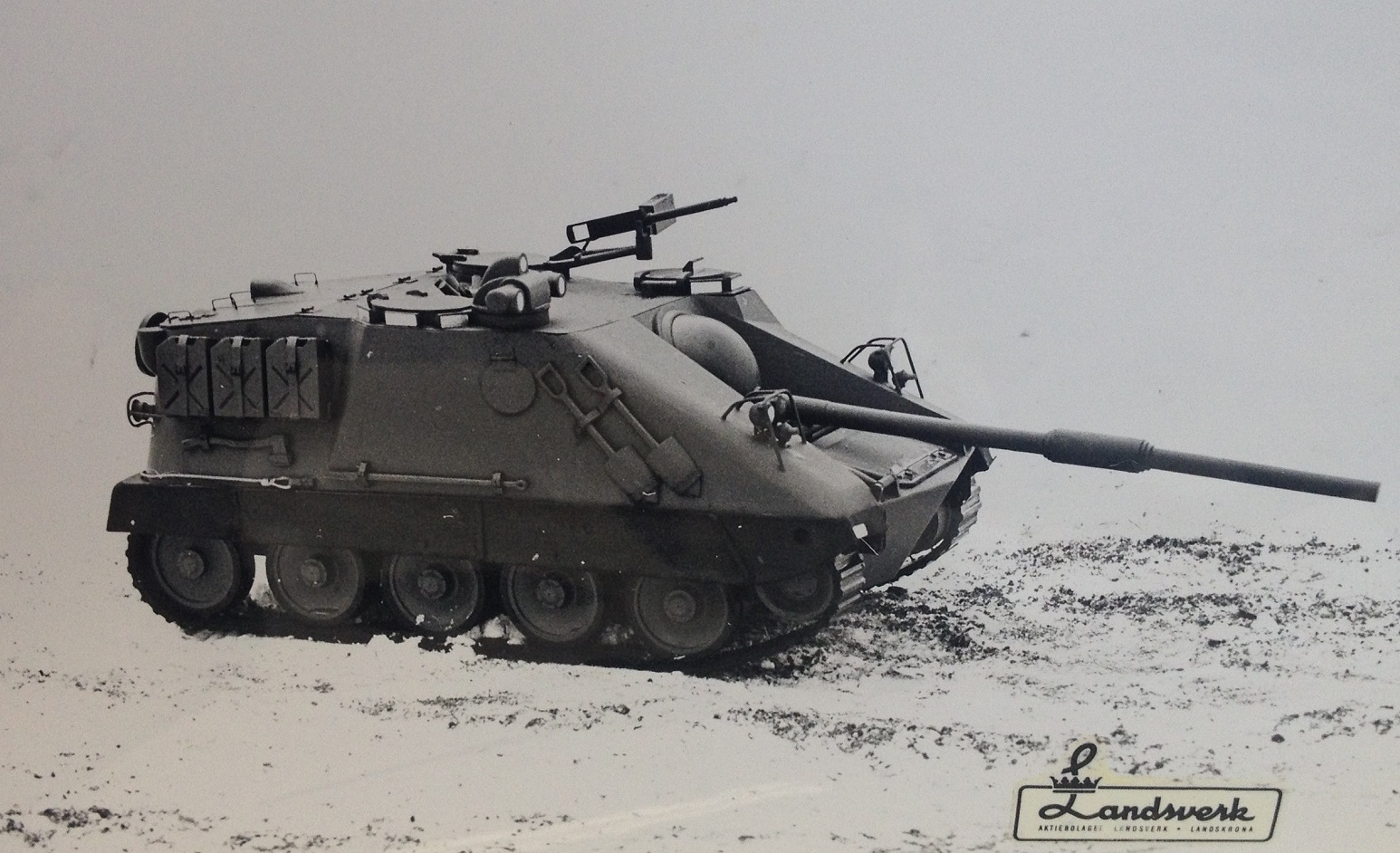 This was Landsverk’s most detailed one and the one they favored. A very detailed scale model was built, but since a competitor’s design was chosen instead the design otherwise remained on paper.
click to read more...