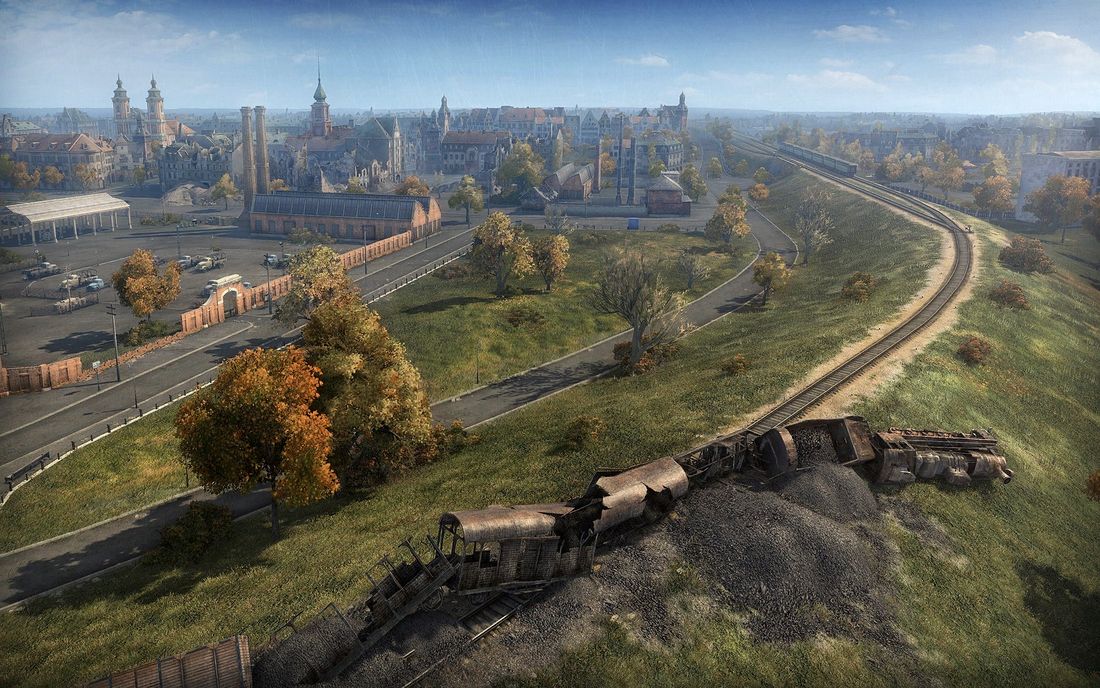 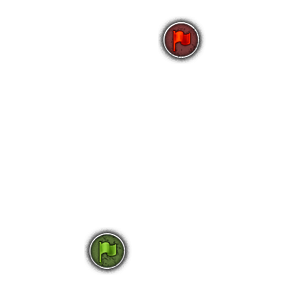 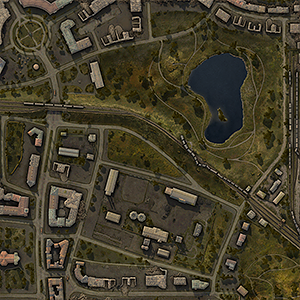 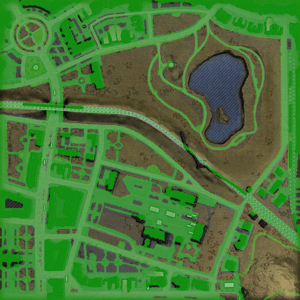 First and foremost, scout tanks should race up to the railway tracks and peek over the ridge. A good spot can reveal large amounts of enemy movement, especially for the South spawn. With that info, tanks should disperse accordingly to match the enemy strength for strength.

Do note that North has it worse in an overrun - South has an industrial area as a buffer region, where brawlers can make a surprisingly effective last stand and turn the tide. North does NOT really get this privilege, having only a few linear ruins and some buildings that will not stand up against a push. All in all, victory in this map comes from supporting each flank adequately so that you can overrun them on one side, but not get overrun on the other side.

This map is rather well known for the Pz.1.C fly glitch at E3. This glitch is performed by driving between the twin smokestacks. And you are the new ISS. Pushing is not required.

Retrieved from "http://wiki.wargaming.net/en/index.php?title=Widepark&oldid=308652"
Categories:
Your location:
To log in, select the region where your account is registered
CIS Europe North America Asia
Or use Microsoft Login to enter WoT XBOX ecosystem
Log in