1350500
A further development of the Cromwell cruiser tank, this British tank saw service in World War II. A total of 1186 vehicles were manufactured from September 1944 through late 1945.

The Comet has a nearly similar playing technique to the Cromwell, although it is not as nimble. It is a mobile medium tank with decent traverse and a good ratio of horsepowers per Ton which allow you to reach high speeds to assist allies. However, the gun is lacking for its tier; with only 148mm of penetration, it is outclassed by the T20 and Panther. The OQF 77mm should be used in flanking maneuvers against heavily armored opponents. Where the Comets maneuverability, size and speed give it an easy time getting to enemy flanks. Once in position, its DPM will tear through all but the most durable targets.

Stock, the Comet starts off better than the other Tier 7 mediums, and your upgraded turret allows you to use gun depression tactics with impunity, much like the better American tanks, thanks to your gun mantlet and low profile. It doesn't get much in the way of upgrades though, and ends up significantly weaker for its tier than e.g. the Panther. Still, it is maneuverable, and appears to have fairly good camouflage characteristics. This tank also excels at supporting heavy tanks with its rate of fire. Use this to your advantage at all times. 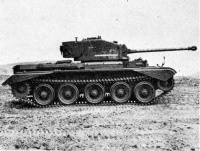 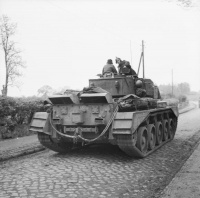 UK
Medium Tanks
ja:XBOX:GB22 Comet
Retrieved from "http://wiki.wargaming.net/en/index.php?title=XBOX:GB22_Comet&oldid=217856"
Categories:
Your location:
To log in, select the region where your account is registered
CIS Europe North America Asia
Or use Microsoft Login to enter WoT XBOX ecosystem
Log in