140000
Developed in October 1940. The design presented by Plant 174 was submitted for consideration. After successful trials in February and March 1941 the vehicle entered service.

With its extreme maneuverability and reasonably good gun, the T-50 has switched roles from a lightning-fast scout that can turn the tide of a battle into one of the most versatile flankers at Tier IV. Its previously infamous turning has been buffed to even higher levels. However, it is much slower and accelerates sluggishly, similar to the AMX 12t. The end result is a DPM flanker, much like the M4A3E8 Sherman.

Since the introduction of Patch 8.7, the 440HP and 500HP engines have been removed, considerably slowing down this tank. In fact, this tank now suffers from being unable to attain its top speed easily, being nearly as slow as the infamous AMX 12t. However, not all hope is lost. The originally ridiculous traverse speed of the T-50 has been buffed even FURTHER, making it extremely maneuverable, and terrain resistance has been reduced, helping it attain its former glory. The 57mm ZiS-8 gun has been removed, replaced by the 45mm VT-43, a much better version of the VT-42 with enhanced accuracy, reduced aimtime and an even higher constant rate of fire that exceeds most automatic loaders.

These changes radically alter the playstyle of the T-50. The T-50 used to be a high-speed, quick-turning active scout that accelerated faster than even the legendary T-50-2 and BT-2. It is no longer the case. The T-50 plays very similarly to the Covenanter except accelerating slower and having a superior gun.

Use the T-50 like a support medium. Due to the accuracy of your gun, snipe in the early game, picking off suicide scouts and lightly armored medium tanks and scouts. Track enemies with your insane rate of fire to gain tracking bonuses, but do not get into the thick of the battle due to your low hitpoint pool. As the battle progresses and enemy numbers dwindle, find a lone enemy heavy tank and attack it by circling it. You should have no problem circling him, as the M4A3E8 Sherman has even lower speed than you and is considered one of the best circling tanks available. You could also hunt artillery by taking advantage of distracted enemies. Your "piddly" gun will make sure that you are not prioritized by heavier enemies with larger guns, allowing you to take advantage of their concentration and penetrate through enemy lines. Once finding an artillery piece, destroy it with impunity. However, do NOT sit in front of the SPG and plink away at its armor. Your armor is thin, and no amount of sloping can help you against 155mm caliber high-explosive shells, which will consistently one-shot your tank even with splash damage.

The new changes to the T-50 force a change of playstyles, which is not entirely a bad thing. Persevere with the new T-50, and you might enjoy the new playstyle that gives it an arguably higher value in battles than before. 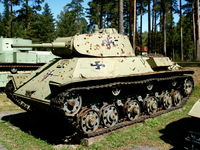 USSR
Light Tanks
ja:XBOX:T-50
Retrieved from "http://wiki.wargaming.net/en/index.php?title=XBOX:T-50&oldid=214790"
Categories:
Your location:
To log in, select the region where your account is registered
CIS Europe North America Asia Republic of Korea
Or use Microsoft Login to enter WoT XBOX ecosystem
Log in