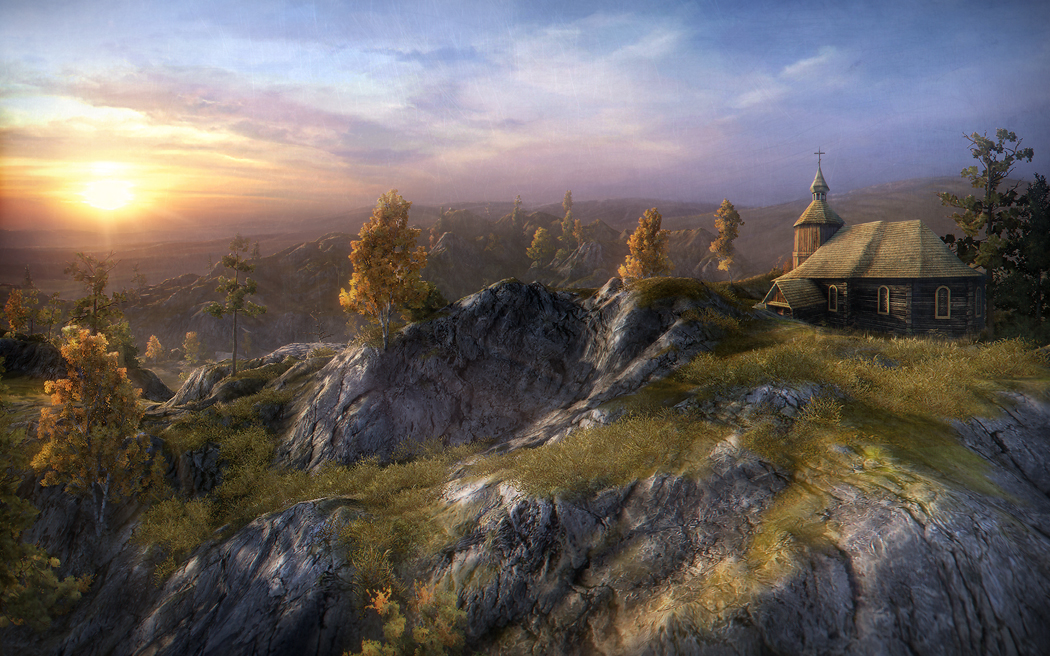 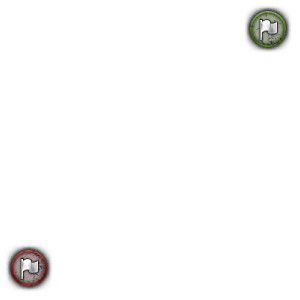 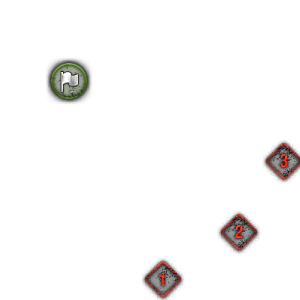 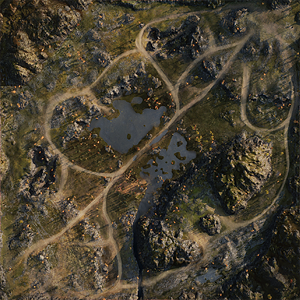 Swamps, rocks, and cliffs determine major avenues of approach on this map. This map, with sparse protection and no buildings, gives the combat advantage to artillery. Concentrate your attacks along the path of your main advance, while conducting delaying and defensive actions along the rest of your front lines.

Karelia offers both Standard Battles and an Assault mode, which play very differently.

For Standard Battles, the bases are as indicated in A0 and K1. For very low tier battles the middle is used, but otherwise the teams mainly split to the raised area in the north-west and around the mountain in the south-east, as the center tanks are too vulnerable to accurate fire from north-west. Generally light tanks will go to the north-west and heavy tanks will go to the south-east, but any tank type can be useful anywhere.

The hill in H6-G7 is extremely useful for winning the south-east, which generally requires fast tanks to be able to get around the corner and start going up their respective path up the hill before heavier firepower can arrive. Tanks going up the hill are shielded by a rock formation separating the paths up from each side. This hill is an important strategic location as not only does it allow flanking fire downwards into the tanks in H9 and J7, which prevents the enemy from holding these areas, it is also a location for shots across the map into the north-west flank. For the tanks that stay at the base of the mountain, there are lots of rock cover, small depressions to go hull-down in, corners to peek, and a few sniping positions in the far back. Having heavy here is critical to being able to push into the enemy.

The north-west has lots of open ground, broken by a few rock formations. Some TDs will typically hang in the back, while aggressive lights may take up positions in the mountain behind trees in B2-C2. Winning this flank usually requires superior spotting and better shot trading when popping out of cover behind the rock formations, if there isn't any extremely early spots while the enemies are still making their way to cover.

For the Assault Mode, the avenues and locations of clashes are much different. The attackers spawn in J7 and G9, while the defenders spawn around C3. The attackers generally split into two, with the SPGs and occasionally a few snipers climbing the hills. However, for the snipers to be effective, generally spots need to be made by a light tank or fast medium in the center, otherwise the snipers don't have any targets to shoot at, so usually such snipers are not very helpful to the team in random, uncoordinated battles. However, if the attacking team is able to get one or two tanks into the center under the hill, they can be very effective at spotting and/or destroying the soft TDs and SPGs in the base. To counter this, occasionally the defensive team will send a few lights and mediums into the center as well, underneath the attacking team's mountain. The attacking tanks on top of the mountain are very vulnerable to countersniping from all angles if they are spotted.

Otherwise, if there isn't significant action in the center, the attacking team will usually progress to J1 and A9 depending on their spawns, while the defensive team will set some snipers in D1 and anywhere in A3-A5 and B3, while pushing heavy tanks up to spot the attackers, which include positions in F1, H1, A7, and A8. Generally speaking, D1 depend slightly more on accuracy than the other positions. Afterwards, the teams will trade some shots and generally look to outflank each other. In the south, the attackers can flank around G1 through H2 and G2 to get shots into the rear of the tanks while being partially protected from snipers by a rock formation in F2. If they then manage to get rid of most of the tanks in F1, they can then blitz into the gorge in F2 while killing the remaining tanks, then be able to hull-down and spot the defending snipers in D1 from E2. E2 can also be reached simply by going around through the center. The defenders are forced to play passively and don't have many flanking opportunities in the south unless they manage to hold H1 convincingly, then the defenders can flank around carefully to H2 and crush the remaining tanks. The north also holds the potential for a lot of flanking maneuvers. Both attackers and defenders can flank around through A7-B9, though attackers risk being shot from the center. If the attackers are able to destroy the tanks in A8, they must advance to A7 to be safe from snipers. It may then be worth pushing a few tanks through B6 to provide another angle of attack to defeat the snipers.

There are a number of scenarios after a flank is won: If the attackers win the south side, the defenders must try to reinforce the defense by redirecting some of their tanks to defend the cap. Generally speaking, just defending the cap in this situation is somewhat favorable to the defense, all other variables equal and without attackers from the north, due to the superior hard cover in the north side of the base compared to the west. However, having to deal with attackers from both flanks may make the defense vulnerable to cross-fire, but as long as some tanks recognize that the west has fallen then they will be able to put up a fighting chance by advancing closer to the base to protect the flanks of their allies. If the attackers win the north side, the defenders have a much harder battle. Usually the attackers will not completely wipe the north flank, but they gain the advantage of good cover. If the defenders are able to rush to and past the cap before the flank falls, then the defense has a good chance; otherwise, the defenders will be mostly stuck in D1 and maybe E3. If the defenders have to try to fend off both flanks there is almost no hope, and if they only have to hold off the north it will still be a tough battle. If the defenders win either "chokepoint", they face a choice between returning to base and reinforcing the other flank or continuing to advance. Especially if the defenders are able to win early, sending a few faster tanks to deal with the enemy SPGs and TDs on the hill, then advance to harass the back of the opposing flank, may be worth it. However, destroying the enemy SPGs is no consolation if the base is overrun, so the rest of the flank, if not all of the tanks, should attempt to reinforce the other flank if necessary. Be careful not to be overzealous in rushing over to aid the defense however.

Maps list
Retrieved from "http://wiki.wargaming.net/en/index.php?title=Karelia&oldid=248701"
Categories:
Your location:
To log in, select the region where your account is registered
CIS Europe North America Asia Republic of Korea
Or use Microsoft Login to enter WoT XBOX ecosystem
Log in