On 17 September 2017, the World of Warships Project celebrated its second anniversary. Together with players, the developers have traveled a long journey filled with various events and emotions. What counts most, the thing that unites them — a great passion for computer games and naval battles — still remains unchanged.

The "2 Years of World of Warships" collection was made up of emblems depicting some highlights from the game's history. Each emblem was issued for earning a hidden achievement once per day; any duplicates could be exchanged for missing emblems. Be very attentive — an achievement can be hidden virtually anywhere! 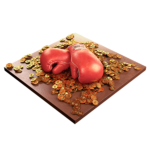 First and foremost, Update 0.5.12 will be remembered by players and developers alike for its changes to the in-game economy. Actions that contribute to a team’s success now affect the end-of-battle rewards. We want to encourage players to stay active and utilize diverse tactics, as opposed to just trying to avoid taking damage.

Getting used to the new system took time and effort. We introduced a few tweaks in the updates that followed. Anyway, all’s well that ends well: we’re nearly done tinkering with the economy. For now. 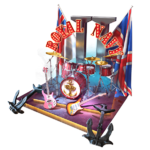 The birth of the U.K. cruiser tech tree would make a good subject for a new opera. Or a ballet. Or – a thriller movie.

Help and support from players, a couple of coffeepots the size of supertankers, and defiance of realism with acceptable limits: these all yielded the desired result. The ships added to the game in Update 0.5.13 have distinctive features and quickly achieved well-deserved military glory. And who wouldn’t with such a set of combat capabilities? 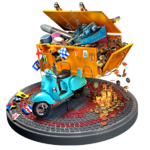 With Update 0.5.13, daily missions were replaced by the more interactive Containers. Their advantages were more obvious but developers decided to have a Plan B and resorted to their most formidable weapon – imagination. That’s where the “torpedo dude” turns up.

Tens of thousands of containers are opened by thousands of players every day. Some do it in hopes of “hitting the jackpot.” Others, to restock their supplies of consumables and signal flags. And amidst all that activity, the torpedo dude bears his heavy burden, day and night. 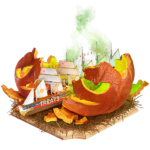 The Struggle of Darkness and Light

Lighthearted game modes are nothing new in World of Warships, but the Halloween event of 2016 came to be seen as the best one in terms of scale and quality of execution.

While some players plunged into fierce battles against the forces of Evil, and others enthusiastically searched for deeper meaning, the developers, believe it or not, were in no mood for the holiday frivolity. Because, along with amusement, the Saving Transylvania mode also served a serious purpose. Several months later, the know-how obtained during work on the Halloween mode was applied in the creation of Operations. 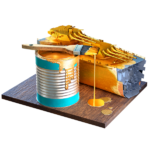 Permanent camos had hardly ever sparked heated discussions until the fine sunny day when the spotlight of our attention fell on the ships of Tier X. For all of us, it came in a flash: “In most cases, players keep their Tier X ships in the Port. Yet, they complain a lot about low earnings with those ships…” Why don’t we sink two Bismarcks with a single shot!? Since then permoflages of higher-tier ships provide a bigger service cost discount.

The new goodies introduced with the release of Update 0.5.14 proved very popular. Players were given the opportunity to farm on their favorite “tier tens,” which produced a positive effect on the average tier of ships played and kept in port. 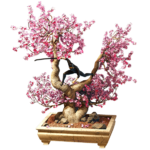 The new sub-branch of Japanese destroyers added with Update 0.5.15 brought out lots of emotions and gave us an understanding that in the new realities these ships could and should rely more on their guns. But two outstanding ships – Shiratsuyu and Akizuki -- turned out to be the icing on the cake.

The former can unleash a formidable number of metal fish per salvo. The latter boasts highly unconventional dual-purpose artillery.

But here’s the bad news: the branch ends at Akizuki at Tier VIII. For now. 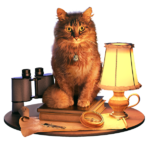 Update 0.5.15 offered players one more new feature – two campaigns. They served to supplement the process of accomplishing combat missions with a correlated narrative. To show how serious they are about their intentions, developers offered the Tier VI destroyer Shinonome and seven days of premium time as the ultimate rewards for completing the Honorable Service and The Science of Victory campaigns, respectively.

This was only the beginning. Players liked the new feature, and ever since Campaigns has been an essential part of the game. 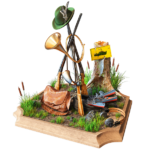 “Why the heck do we need all those destroyers with third-rate concealment and short-range torps?” Our players used to ask. “To search for enemy ships with their hydroacoustics; to torp and surprise them with their armor-piercing shells,” developers replied. But there wasn’t much common ground between the two sides of the dialog, so the German destroyers weren’t welcomed with open arms at first.

But after several updates and a number of balance changes, the new tech tree carved out its niche in the game, with some of the ships turning out to be among top at their tiers. It’s been a bumpy ride, but we’re finally getting into smoother waters.

Since that time it’s been considered good etiquette to object in a friendly manner in any communication with developers by saying something like “Hey, you don’t wanna mess things up like you did with the German destroyers, right?” 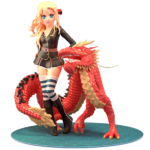 Many players remember our pioneering effort to add some really exotic and distinctive content to the game. It took a couple of tweaks and the addition of the “Oh my God, I don’t wanna see it anymore!” feature, but now the game incorporates flexible mechanics to add future content. Now there is no boundary to limit the developers’ imagination.

Whether you liked the cuties or simply wanted to grab your copy of IJN ship for free, you’ll never forget those days. 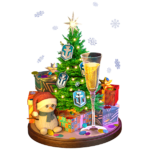 But when the smoke – mostly, from firecrackers – cleared, it was time to get back to work. In 2017, developers set a number of difficult yet important challenges while players fervently continued to conquer the high seas… The highlight of Update 0.6.0 was a major change to Commanders. Numerous changes, new skills, and the new feature – Elite Commander XP – immediately sparked stormy discussions even during the public test.

It took guts, but thanks to support from players (and a little black magic), developers went on to click on the “Release Version” button even though we did have some concerns. And the risk paid off – the updated system of Commander skills has successfully served the needs of players ever since. 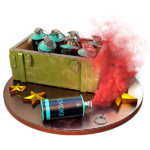 I Smoke Wherever I Want

Ranked Battle Season Six was launched with the release of Update 0.6.1, and it turned out to be somewhat controversial. We did well in terms of the number of players involved and their activity, but there were critical remarks too, that couldn’t be shrugged off.

Thanks to feedback from players and our own observations, we noticed cases of smoke abuse tactics, certain controversial aspects on a number of maps and other problems related to ship balance. 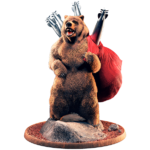 In Update 0.6.2, we added an alternative branch of Soviet destroyers, and it turned out to be a success. The main branch, with Khabarovsk on top, is well-suited to a playstyle based on cruiser-like artillery engagements. Staying on the move, maintaining constant fire, and delivering lightning-fast strikes – a thrilling combat experience guaranteed.

The playstyle of the alternative branch, headed by Grozovoi, will be closer to that of classic destroyers with effective torpedoes and guns used in support. 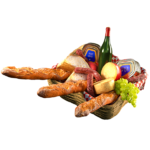 What's Next? Engine Boosters for Battleships?

The French cruiser tech tree that appeared in the game with the release of Update 0.6.4 turned out to be well-balanced, with no apparent imbalances. At the same time, its release inspired players to learn a number of words from the glossary of French cuisine. 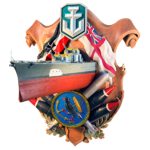 The Hunt for Bismarck campaign rolled out on a noble scale. Over 300,000 participants, more than 141 thousand completed collections, and over 7,000,000 containers received. More than 60,000 Tier VIII battleships Bismarck distributed among players with widely varying levels of skills.

The addition of a story-telling element to the game client in the form of a historical reference to various campaign missions was a big plus of the event. 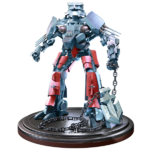 Revenge of the Bots

One beautiful frosty morning, the developers realized that a surprisingly large number of players were playing the Cooperative battles mode, where players fight against bots. This was quite a surprise, because Co-op Battles mode was initially designed to let players try out new ships they obtained in the game – that’s it. However, the number of players who like it and the success of the Halloween campaign showed that PvE battles deserve further consideration.

The first season of Scenarios came out with the release of Update 0.6.6 and offered four unique battle scenarios: defending a naval base, mounting an attack on a convoy, delivering a strike at a base, and escorting an aircraft carrier. It’s noteworthy that bots got a bit smarter and PvE is gradually evolving from a shooting gallery with ships to a distinct, interesting battle mode.

Retrieved from "http://wiki.wargaming.net/en/index.php?title=Ship:2nd_Anniversary_Collection&oldid=289675"
Category:
Your location:
To log in, select the region where your account is registered
CIS Europe North America Asia Republic of Korea
Or use Microsoft Login to enter WoT XBOX ecosystem
Log in