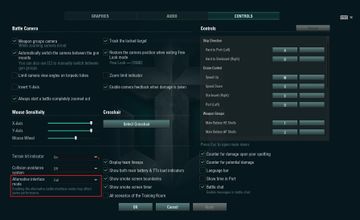 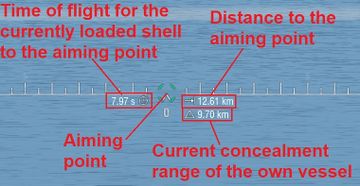 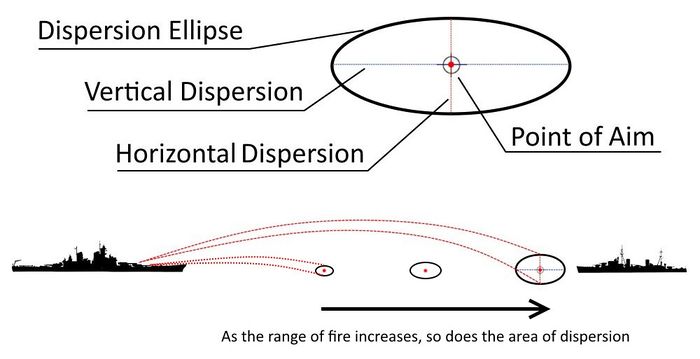 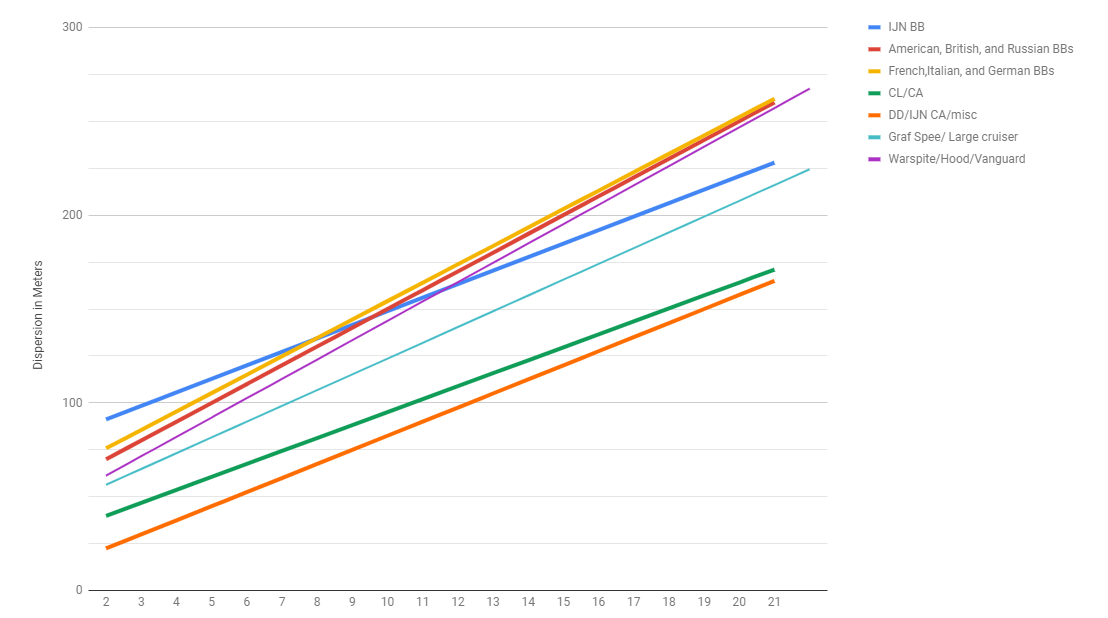 Dispersion values are same for HE and AP shells of the same gun. The player's gun dispersion value can be modified by player's equipment. Aiming Systems Modification 1 decreases the area of the shell dispersion ellipse by 7%. Increasing the firing range of a ship, be it through the Spotter Aircraft consumable, Artillery Plotting Room Modification 1, Gun Fire Control System Modification 2, or Combat Instructions that increase the firing range, decreases the vertical dispersion by a small amount. Additionally, WarGaming has indicated that not acquiring the target with the X button increases dispersion by an unspecified amount.

For patch 0.4.1, WG has decreased the close-range (i.e. at and below 4 km) dispersion values for all ships. The dispersion formulas in the above table are for ranges greater than 4 km.

The graphic below showcases a high sigma (blue) and an average sigma (red) and their respective distribution of shells on the horizontal axis. The dotted line is the normal distribution generated from these results. Note that those values have been gathered by players in training rooms and are thus not 100% accurate, however, they do demonstrate roughly how sigma works. 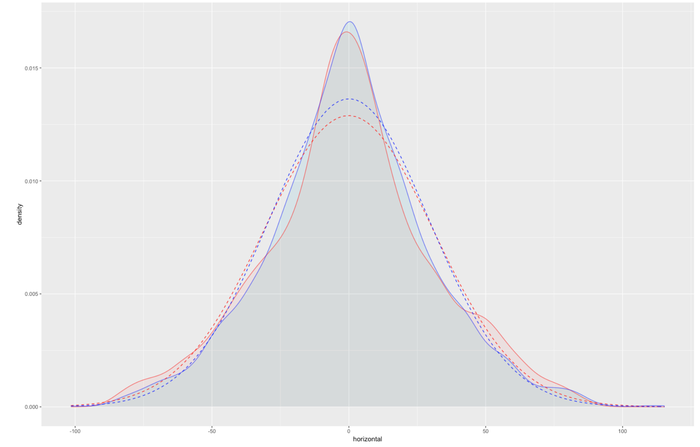 Sigma parameters are mostly uniform for destroyers and cruisers but vary drastically for the battleships. The following tables are as of 0.8.6. Clones and duplicates will not be listed twice, for them refer to the original ship (e.g. for ARP Myoko refer to Myoko). The cruiser table will only give the default sigma values and then list the exceptions. If a ship is not an exception, it will have the default sigma value (e.g. Mogami is not an exception, and will thus have a 2.0 sigma as a Tier VIII cruiser).

Destroyers (and submarines equipped with a main battery) of all tiers and nations have a sigma of 2.0.

Retrieved from "http://wiki.wargaming.net/en/index.php?title=Ship:Gunnery_and_Aiming&oldid=324318"
Categories:
Your location:
To log in, select the region where your account is registered
CIS Europe North America Asia
Or use Microsoft Login to enter WoT XBOX ecosystem
Log in