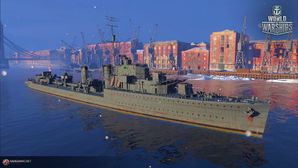 Lastly, Icarus carries a somewhat unusual consumable set for a destroyer. The ship cannot be fitted with the Engine Boost (

) instead. This consumable can be useful for spotting enemy torpedoes, or enemy ships in smoke. Icarus’ Short-Burst Smoke Generator (

) consumable also features a short duration and short reload time. Captains should save the smoke consumable for when they feel the need to disengage and retreat from pursuing enemy ships.

Icarus can equip the following consumables:

Players who wish to spend doubloons can equip Icarus with Type 16 camouflage that lowers her detection radius, reduces the accuracy of incoming shells, reduces her repair costs, and increases the amount of experience she earns. 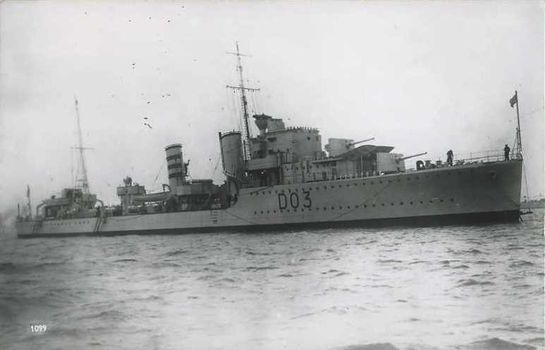 Ships of U.K.
Destroyers
Retrieved from "http://wiki.wargaming.net/en/index.php?title=Ship:Icarus&oldid=297162"
Categories:
Your location:
To log in, select the region where your account is registered
CIS Europe North America Asia Republic of Korea
Or use Microsoft Login to enter WoT XBOX ecosystem
Log in