A training cruiser of special construction with marginal armor protection and rather low speed. Despite her modest dimensions, she carried onboard aircraft equipment and torpedo armament. The cruiser's main guns were augmented with dual-purpose guns and automatic AA guns.

First released in 2016 Black Friday bundles. Currently (0.10.1) in the Armory for Doubloons and in the Premium Shop for cash.

Katori is a Tier III premium Japanese cruiser which many Beta testers may remember as the original Tier I of the Japanese tech tree prior to the introduction of Hashidate. In addition to being moved up two tiers, she gains her catapult fighter and torpedo tubes that were missing from her old Tier I configuration. She is unique in that she is the only Tier III ship in the game capable of equipping a Catapult Fighter (

), allowing some extended vision, and annoying any aircraft carriers she encounters.

Her main battery guns are the standard Japanese 140mm barrels, mounted in two twin turrets (like Yubari) instead of single mounts (like Tenryu and Kuma). Her torpedo tubes have wide firing angles and reload relatively quickly, but she only has one twin launcher per side so lacks the punch to wipe out most ships even if both torpedoes hit home. Katori can equip the legendary Aiming Systems Modification 0 (

) — one of only three ships that can do so[1] — for large buffs to all main and secondary armament (except AA).

Katori’s biggest downside is her slow speed, meaning she cannot move anywhere quickly; even some battleships can chase her down. She requires a very patient play style, and isn't for captains who are in a hurry to get where they're going.

As a Premium ship, Katori doesn't have any upgrades to research.

The recommended upgrades for Katori are as follows:

As a Premium ship, Katori comes included with Type 9 camouflage that lowers her detection radius, reduces the accuracy of incoming shells, and increases the amount of experience she earns.

As this is a premium ship, Katori’s main purpose is to increase retraining speed for captains while allowing the user to enjoy playing the ship with all the commander skills active. Therefore, the following signals are recommended for retraining a captain: Equal Speed Charlie London (

As for normal ship purposes, the following signals are recommended: Sierra Mike (

) due to Katori’s absurdly slow speed, and Victor Lima (

) are not recommended because this is a Tier III ship and is a premium; it will not have a significant bonus to credit earning and the ship repair costs are negligible. 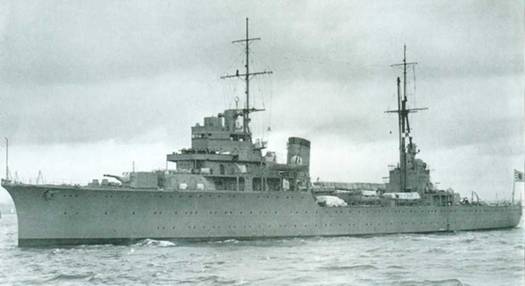 Ordered in 1937, the Katori-class cruisers were intended to replace the obsolete armored cruisers used for training purposes. These small vessels were designed to ready new recruits for service in the navy aboard larger warships and as a result, featured radically different specifications compared to the Japanese cruisers in service. Unlike many Japanese warships, Katori featured a high beam to length ratio, which gave her great stability at sea. Additionally, Katori and her sister ships were slow for vessels of their size due to the weaker engines fitted on them. These engines were designed for instructional purposes rather than for speed or power.

Ships of Japan
Cruisers
Retrieved from "http://wiki.wargaming.net/en/index.php?title=Ship:Katori&oldid=304498"
Categories:
Your location:
To log in, select the region where your account is registered
CIS Europe North America Asia Republic of Korea
Or use Microsoft Login to enter WoT XBOX ecosystem
Log in