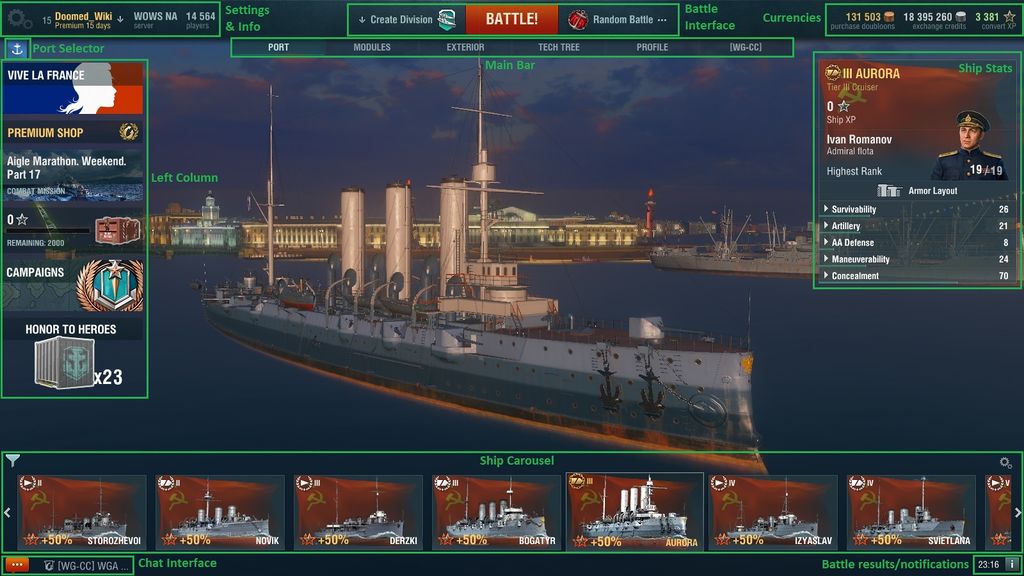 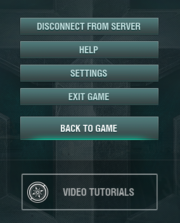 The main game settings menu as it appears in-game.

By pressing escape or clicking the gear image at the very left corner of the screen, captains can reach the main settings menu. This screen presents several options:

To the direct right of the user drop-down menu, captains can find the World of Warships regional server they are currently logged into, and the total number of players online. 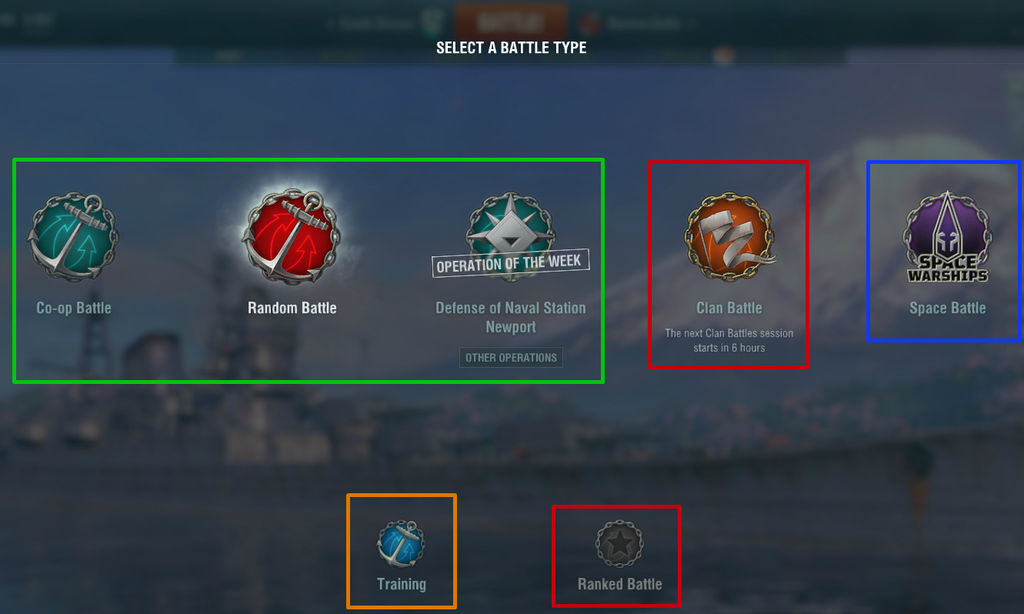 The battle types are as follows:

Some battle types have certain restrictions on them, such as Tier X's for Clan Battles, or nation-specific Operations. Your ship carousel will automatically be filtered to include usable ships when you select a battle type that has restrictions. 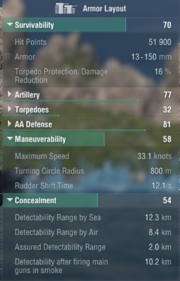 View of the ship statistics panel with some categories expanded.

The Port features an overview of the selected ship's statistics on the right hand side of the screen. One can see the ratings assigned to each category, or open the drop down menu for hard numbers. The categories include Survivability, Aircraft, Armament, Torpedoes, AA Defense, Maneuverability, and Concealment. Hovering the mouse over various items on the sidebar will produce a smaller window displaying additional information about that item. When mounting upgrades and modules, these statistics will change to reflect the ship's new abilities.

The Port also features an armor viewer. By clicking on the "Armor Layout" button on the stats sidebar, one can toggle the viewer on and off, as well as select which categories of armor are displayed, allowing the user to remove outer layers in order to see internal armor. This armor model is overlayed on the model of the ship in port, and is accessible on unpurchased or unresearched ships as well. 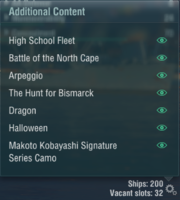 Just like the Battle Reports this page gets reset every time you log out. This list will contain all interactions that add or remove something. This includes Flags, Signals, Camoflage, Consumables, Captains, Containers and also Karma in case you were complimented or reported.
Retrieved from "http://wiki.wargaming.net/en/index.php?title=Ship:Port&oldid=272145"
Your location:
To log in, select the region where your account is registered
CIS Europe North America Asia Republic of Korea
Or use Microsoft Login to enter WoT XBOX ecosystem
Log in