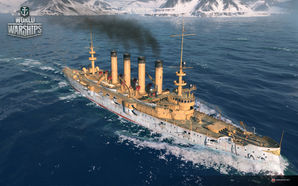 More pocket battleship than cruiser, new players and experienced hands alike will enjoy this ship's high firepower but dislike it's slow top speed. With the decent fire rate and and large volume of shells, St. Louis is effective against all opponents, even at long range. When fighting enemy battleships, one should "rake" them - target the front, center, and back sections in turn to maximize your chances of setting multiple fires. Players should stay vigilant for enemy torpedoes as St. Louis doesn't have great rudder shift time. Additionally, players should not need to activate Damage Control Party (

) for any knocked main battery, as the ship still has another seven main batteries constantly firing. St. Louis is one of the few cruisers that can take on an equal Tier battleship on relatively even terms (especially the underpowered South Carolina). It can even prove a threat to the Tier IV ships.

As a Tier III USN cruiser, St. Louis has access to only Damage Control Party (

The St. Louis is one of the 3 tier III ships to have a premium camouflage known as "Igor", the Halloween variant of the St. Louis, which was available for limited time through Halloween crates earned from the Scenario "Sunray in the Darkness" and through the Premium shop. 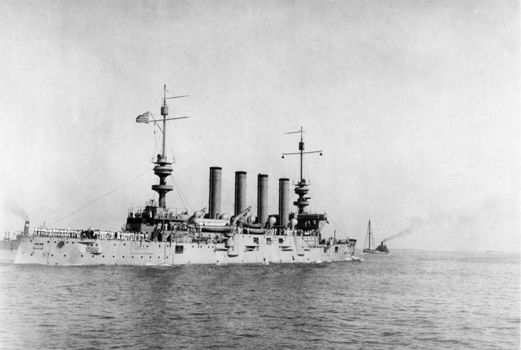 Ships of U.S.A.
Cruisers
Retrieved from "http://wiki.wargaming.net/en/index.php?title=Ship:St._Louis&oldid=288013"
Categories:
Your location:
To log in, select the region where your account is registered
CIS Europe North America Asia Republic of Korea
Or use Microsoft Login to enter WoT XBOX ecosystem
Log in