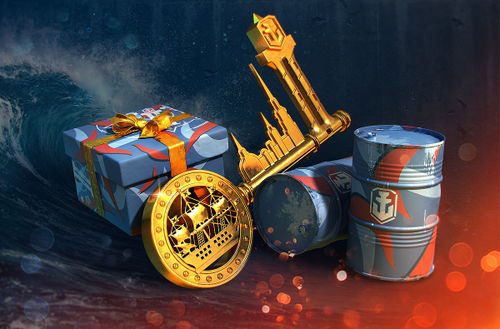 Holiday achievements, items and presents are available from the release of Update 0.6.10.1 until the next update.

We've created a set of achievements and a new collection based on the year's events, both the successful ones and the ones we needed to work on. Reflect on World of Warships' many changes: A new economy, "Operations" mode, the Royal Navy tech tree, the "The Hunt for Bismarck" Campaign, and more! Reminisce about recent updates and earn hidden achievements in battle! You'll need to find and earn the achievements in different battle types, and by playing all types and tiers of ships. You'll get an item from the new collection with each achievement you earn dedicated to a certain event. Complete the collection by finding all the achievements! 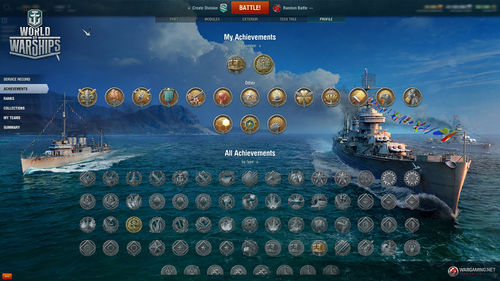 You can only earn collection items by fulfilling holiday achievements or via special Anniversary Containers. You can earn an achievement several times per day, but you get a reward only for the first time it's earned. After you receive your first achievement (or your first World of Warships Anniversary Container), you'll get access to a WoWS anniversary-themed collection, with 16 items divided into four sub-collections based on various stages of project development during 2016 and 2017. 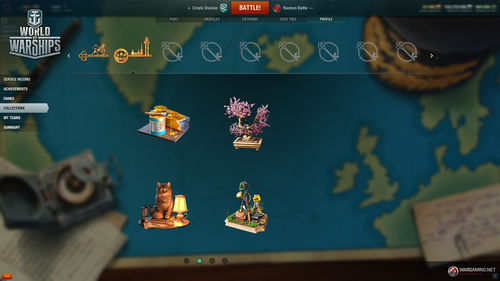 If you're missing a collection item, you can decide to exchange a set number of "Duplicate" items for a chosen item. The exchange rate of Duplicates to unique items for the Collection is 2:1. After completing the collection, all Duplicates remaining on your account are exchanged for Credits at the rate of one Duplicate = 15,000 Credits. 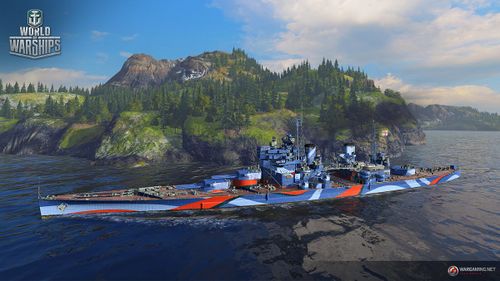 Earn a special permanent camo for completing each of the four sub-collections, and it's mountable on Kiev, Charles Martel, Z-23, and New Orleans. Complete the entire Anniversary Collection and you'll get an achievement, a flag and a permanent camo for HMS Monarch.

This camo is identical for all the ships and offers:

Don't worry; we didn't forget your Anniversary presents! Holiday achievements, items and presents are available from the release of Update 0.6.10.1 until the next update.

Mission 1
Play at least one battle on any Tier I-IX ship in your Port!

Mission 2
Win one Random, Co-op or Scenario battle in any ship Tier IV+.

Mission 3
Play one battle with a Tier X ship.

(You can earn a Supercontainer once per ship, with the possibility of earning a reward on each Tier X ship you have.)

Retrieved from "http://wiki.wargaming.net/en/index.php?title=Ship:Update_0.6.10.1&oldid=253587"
Category:
Your location:
To log in, select the region where your account is registered
CIS Europe North America Asia
Or use Microsoft Login to enter WoT XBOX ecosystem
Log in