|Anno= The last battleship of the British Royal Navy. Due to specific conditions during the construction phase, she combined high speed and powerful AA guns with up-to-date equipment while still using largely obsolete main battery guns.

' was first released for sale worldwide on 16 November 2018.

|Performance= ' is essentially an up-tiered Warspite, even so far as possessing identical guns to that of her Tier VI cousin (albeit with improved shells). Like Warspite, ' has excellent maneuverability and main battery accuracy among battleships at her tier, but suffers from comparably weaker armor to her counterparts in the other nations’ tech trees. Even when compared to her tech-tree counterpart, Monarch, ' has a noticeably larger and easier to hit citadel. Like all British battleships, ' is covered with 32mm plating that makes her highly vulnerable to heavy cruiser high explosive shells and IFHE equipped light cruisers and destroyers.

Her main battery is an improved version of that found on Warspite, with similar dispersion characteristics and the all-too-familiar turret traverse speed, or lack thereof. Her armor piercing shells have a faster muzzle velocity that allows for an easier time with long-range gunnery, while her high explosive shells are similar to that of Monarch and other tech-tree British battleships, with high alpha damage. With only eight guns, '’s firepower against other battleships, and even some cruisers, often feels anemic. This is offset somewhat by a quick reload of 25 seconds on her main battery, and her aforementioned accuracy. Her AP shells struggle to do much damage on battleships even when broadside and any angling will cause them to bounce off without doing any damage. As a result, s AP is best used against enemy cruisers, as they are less likely to overpenetrate and cause minimal damage while her HE should be used against enemy battleships. Her HE shells, while having high damage, have a rather average fire chance more akin to battleships of other nations.

The largest flaw that captains of ' will find is with her firing angles. Both her forward and rear firing angles are atrocious, requiring significant amounts of broadside to be shown in order to bring all guns to bear on a target. As ' does not possess a well protected or low citadel (unlike Monarch), exposing large amounts of the ship's side armor will often lead to catastrophic amounts of damage taken when fired upon by enemy battleships. Captains are encouraged to remain angled with only her fore or aft set of guns on target if there’s any possibility of an enemy returning fire. Luckily, '’s excellent rudder shift time (just 9.7 seconds) can allow her to “wiggle” her remaining set of guns onto and off of targets quite quickly.

' is best played from mid-range, where her lack of armor is less noticeable, and her accurate low-volume firepower can be better put to use. Her slow turret traverse and easily hit citadel make her sub-par at brawling, while her small turning circle and good concealment allow her to disengage quite easily. Fans of Warspite or [[ should have no problems playing '; captains who have no experience with Warspite may struggle with her peculiarities, but she is easy to learn, and is a capable Tier VIII battleship.

|Research= As a premium ship, ' doesn't have any upgrades to research.

|Upgrades= The recommended upgrades for ' are as follows:

) at the cost of a 5% slower reload. For anti-aircraft builds, players should mount AA Guns Modification 2 (

|Consumables= ' can equip the following consumables:

|Camouflage= As a premium ship, ' comes included with Type 10 camouflage that lowers her detection radius, reduces the accuracy of incoming shells, reduces her repair costs, and increases the amount of experience she earns.

) flags should also be mounted to decrease consumable cooldown time. Lastly, economic and special signal flags can be mounted to increase the ship's economic gains per battle. 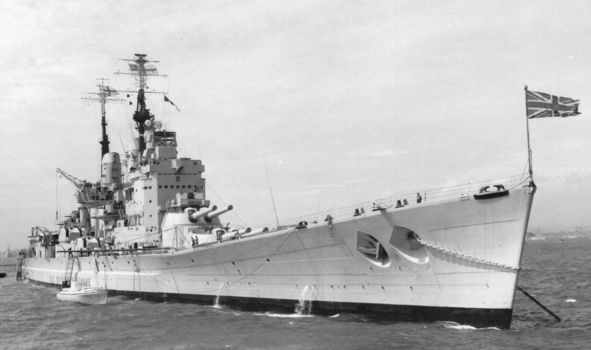 Retrieved from "http://wiki.wargaming.net/en/index.php?title=Ship:Vanguard&oldid=281719"
Your location:
To log in, select the region where your account is registered
CIS Europe North America Asia Republic of Korea
Or use Microsoft Login to enter WoT XBOX ecosystem
Log in