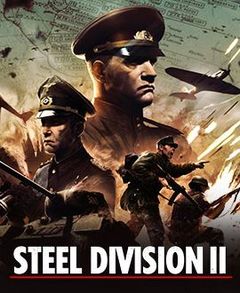 «Steel Division 2» is a strategy game in the wargame genre. The game takes place on the Eastern Front in the summer of 1944. You will be in charge of the entire army during Operation Bagration, the Soviet offensive against Nazi armies.

You'll be able to show your tactical skills in a single-player turn-based Army General mode. All elements of this mode, including the battle flow and the historically accurate maps and divisions, have been reconstructed in a 1:1 format. As the army general, you can develop your own tactics of war. You'll have to competently manage the army, make sure the supply line is intact, and control battalions with thousands of soldiers.

Real-time battles will let you fully demonstrate your tactical talents. The game is notable for the extremely detailed units taking part in combat and also for the elaborate locations where your battles will take place.

Another important feature of the game is the possibility to form the composition of troops that are to enter the battle. In Steel Division, you'll find more than 600 units including aviation. Each of them has been developed with lots of characteristics that influence their battle efficiency. Choose the best troops to participate in combat, become an armament expert, and influence the course of battle with your knowledge.

Retrieved from "http://wiki.wargaming.net/en/index.php?title=Steel_Division_2&oldid=287726"
Your location:
To log in, select the region where your account is registered
CIS Europe North America Asia Republic of Korea
Or use Microsoft Login to enter WoT XBOX ecosystem
Log in