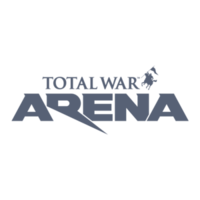 Total War: ARENA is a free-to-play, team-based strategy game where players step into the boots of legendary heroes from the past to forge their legacy through combat. Built on years of Creative Assembly’s experience with the critically acclaimed Total War series, it takes the pillars of strategy, intense, tactical combat, and dedication to history the series is famous for and distills it into epic, online combat for new and old fans alike.

In massive and fast-paced 10-vs-10 RTS battles, characters control three units with hundreds of warriors and clash across ancient battlefields. Every encounter pushes each commander to sharpen their wits and strategize with their allies to secure victory. A deep progression system to level up commanders, and discover new skills, weaponry, armor and abilities are waiting as players climb the ranks. Paired with historical authenticity and deep attention to detail, Total War: ARENA takes players to the heart of battle like never before.

Retrieved from "http://wiki.wargaming.net/en/index.php?title=TWA:Total_War_Arena&oldid=277605"
Your location:
To log in, select the region where your account is registered
CIS Europe North America Asia Republic of Korea
Or use Microsoft Login to enter WoT XBOX ecosystem
Log in