Sweden | TD | Tier V
Battle Tier
1234567891011
Overview
Mouse over "
▲
Well, the ones further down, of course.
" for more information
[Client Values; Actual values in
▲
Specifically, the mismatch in crew values caused by commander's 10% crew skill bonus. Outside of a crew of 1 commander only, 100% crew is a fiction. The client values, given for 100% crew, will normally be taken into battle with 110% crew skill members aside from specific functions, causing their actual performance to deviate from the expected client value. These differences are taken into account in tooltip boxes.
]
Crew
Mobility
Armor
Armament
General
Values are Stock - click for TopValues are Top - click for Stock
Sav m/43
Ikv 103
Ikv 65 Alt II

The Ikv 103 is a Swedish tier 5 tank destroyer.

In 1956, production of a modernized variant of the Ikv 102 SPG, designated Ikv 103, was started. These vehicles were designed to provide fire support to infantry. A total of around 80 vehicles were manufactured and remained in service till the early 1980s.

Driving the Ikv 103 takes some getting used to. Not only does the Ikv 103 use howitzers exclusively, the guns themselves are a-typical. Unlike normal howitzers, their AP shells have reasonably good penetration and the guns are reasonably accurate when compared to the short-barrelled howitzers on other tanks at this level. They can also fire HEAT rounds, which, though very expensive further increase the guns' effectiveness. Also, they throw their shells in very high arcs, which means that at medium range you stand an excellent chance of hitting the top of a tank. The upgraded gun offers very little advantage (it is more accurate at long range) and cannot fire HE rounds. This can be a major problem. Although the difference in alpha-damage is relatively small (300 vs. 370) this can mean the difference between one-shotting your opponent and only doing damage. The latter can prove to be fatal due to the long-reload and the inability of the Ikv 103 to stand up to enemy fire. Unlike its predecessor, the Ikv 103 is also quite mobile (though not as fast as implied, unless you are going downhill) and has a high power-to-weight ratio. The armour however, is exceedingly weak and cannot be relied upon to bounce shots from any tank it encounters. Like all low tier Swedish tank destroyers, the Ikv 103 has excellent gun depression.

You can mount everything without need of the upgraded suspension, then you can skip this (unless you want to mount a equipment). Start researching the Ford 391 suspension, since it need a small amount of experience and it will give you 25 hp. The default 10,5cm gun is enough to kill/hit targets, so research the Ra 105 radio (you can unlock it if you buy the next tank, the Ikv 65 Alt II). Finally, research the 10,5cm ikv 103 gun. You can research the upgraded suspension if you want to play more with this tank, otherwise, skip it.

In 1956, along with the refit of the Ikv 72 to Ikv 102 (see previous part), it was decided to start the production of a second batch of Ikv’s with the upgrades considered for the Ikv 72 built in to the design. This vehicle would become known as the Ikv 103 and a total of 81 vehicles of this type were produced between 1956 and 1957, making it the most widely produced assault gun in the Swedish army at that point. Although externally similar to the earlier models, the Ikv 103 featured a number of changes, such as the addition of a roof, a change of the main armament from a 75mm to 105mm and the addition of a more powerful engine. The engine, used in the Ikv 103 was a 150hp 4-cylinder boxer engine, originally developed by Svenska Flygmotor AB for use in the Saab Safir training aircraft. The air for the new engine did not need to pass through the crew compartment (something appreciated by crews in winter) and this also gave the vehicle its distinctive “grills” on both sides of the engine compartment. 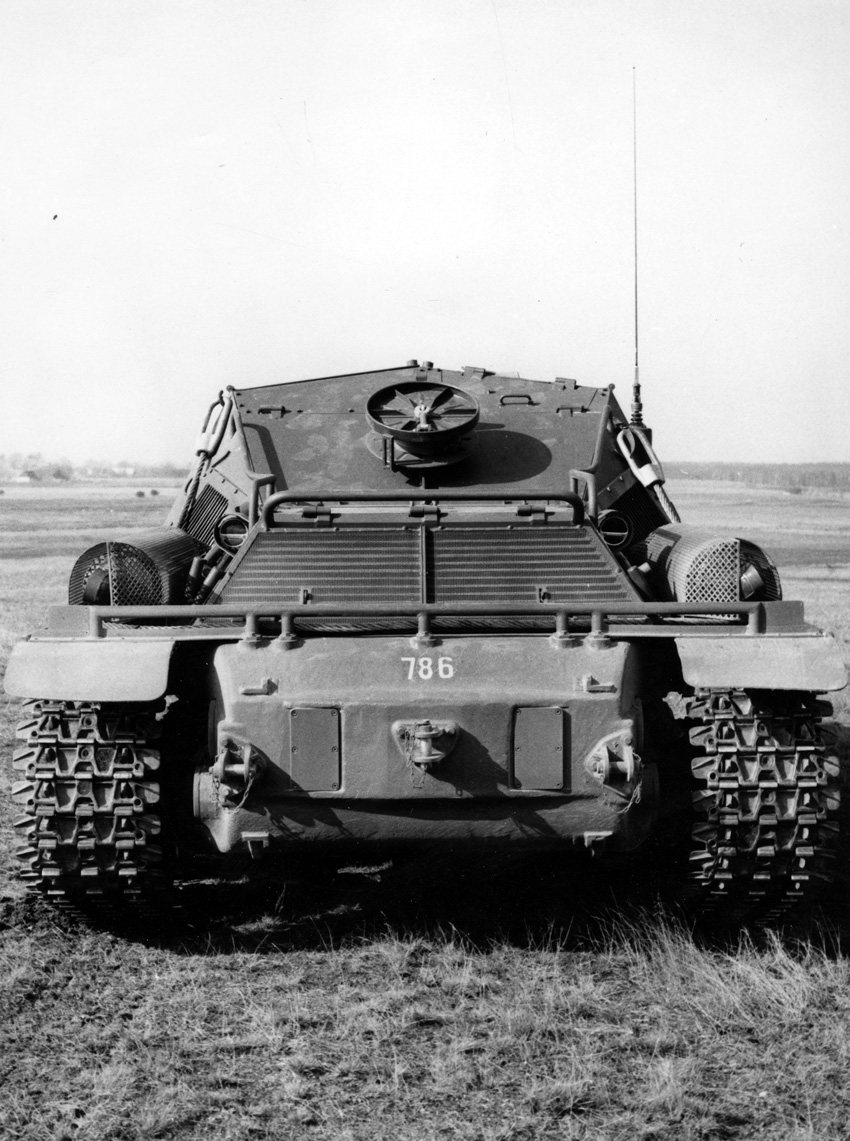 Generally the vehicle was well liked by its crews, who enjoyed its great maneuverability and high top speed. After the Ikv 103, there would be an almost 10 year break before the development would start on the next Ikv project, but in the meantime, there were some interesting things going on with the Ikv 103. Sometime during the early 60′s, three Ikv 103 had their guns removed and were experimentally fitted with a new upgraded 6-cylinder engine called B61. The new engine almost doubled the horsepower of the original, going from 150hp to 230hp. This increased the mobility of the vehicle considerably and gave it a power to weight ratio of over 25hp/t. However, it was found out that the new engine was insufficiently cooled and therefore the project was cancelled and the vehicles were restored to their original condition.

One of the three Ikv 103 refitted with the experimental engine 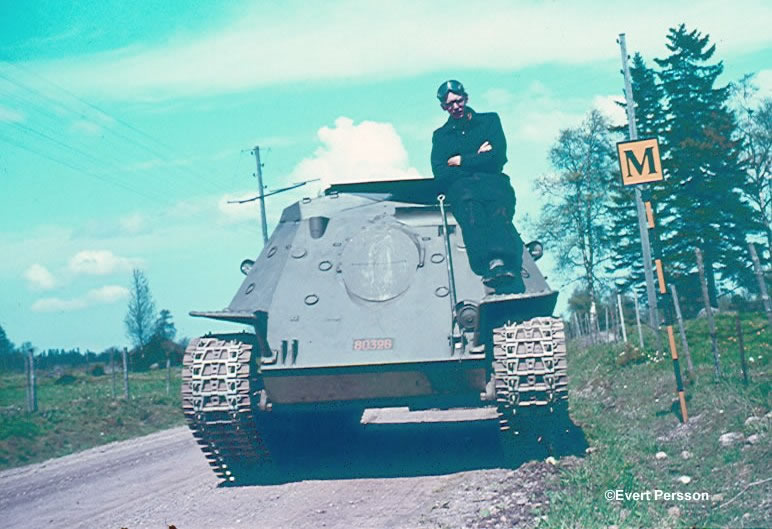 In addition to these tests, attempts were made to sell the Ikv 103 design to both Switzerland and India with a new 199hp Ford engine. There were even plans for a troop carrier version for India, but nothing ever came of it. That’s not the end of it however, since there seems to have been an attempt to sell an unarmed variant of the vehicle as a reconnaissance version.

Drawing of reconnaissance version of the Ikv 103 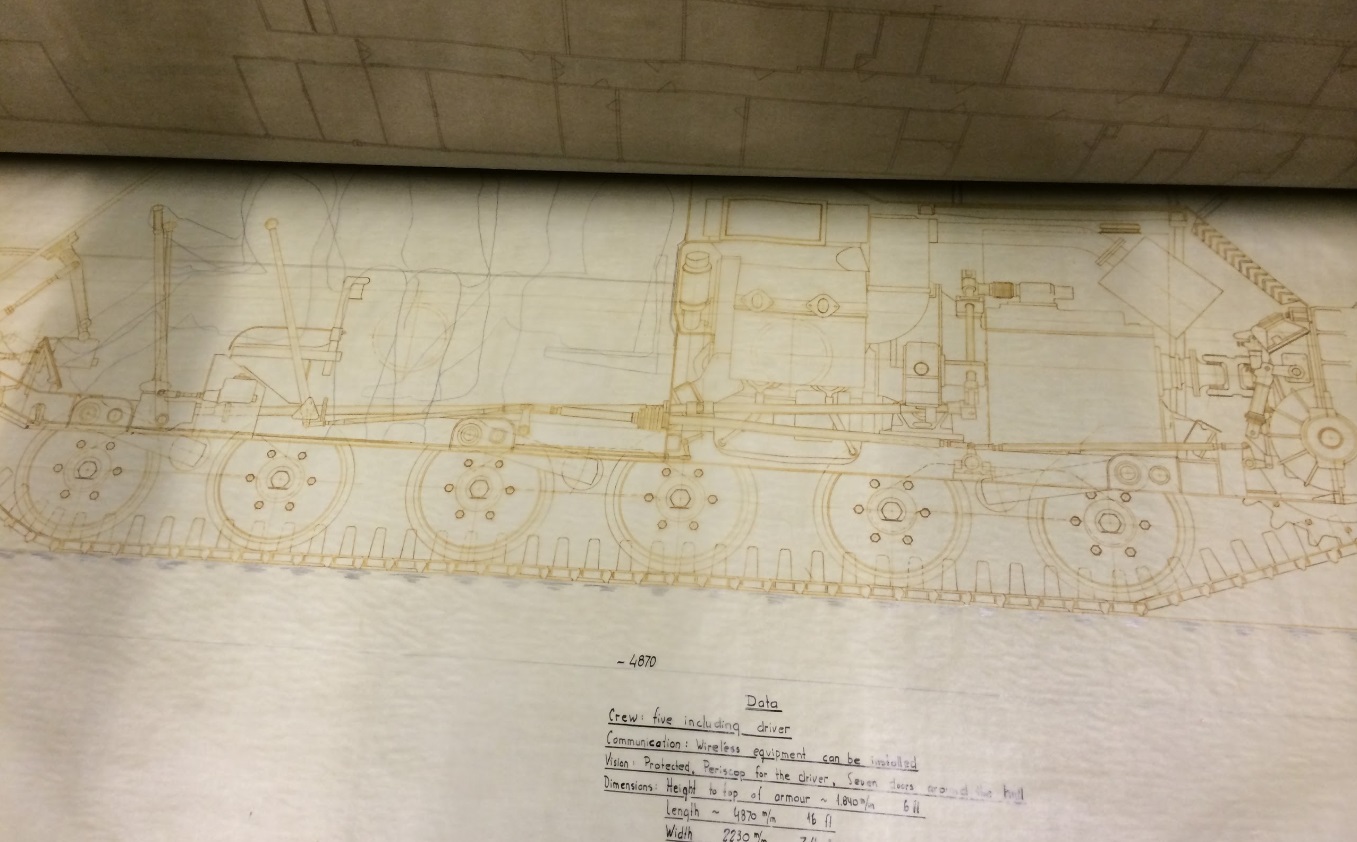 * The real life gun depression of the Ikv 103 was 16 degrees, but in game it is only 12 degrees (contrary to what the stats say on this page currently)
click to read more...

Sweden
Tank Destroyers
ja:Tank:S14 Ikv 103
Retrieved from "http://wiki.wargaming.net/en/index.php?title=Tank:S14_Ikv_103&oldid=246063"
Categories:
Hidden categories:
Your location:
To log in, select the region where your account is registered
CIS Europe North America Asia Republic of Korea
Or use Microsoft Login to enter WoT XBOX ecosystem
Log in