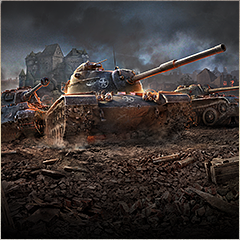 Drawing inspiration from the PC version, World of Tanks Blitz is built specifically for optimal online mobile gameplay and is currently available on devices that use iOS, Android, and Windows 10.

Retrieved from "http://wiki.wargaming.net/en/index.php?title=WoT_Blitz&oldid=234095"
Category:
Your location:
To log in, select the region where your account is registered
CIS Europe North America Asia
Or use Microsoft Login to enter WoT XBOX ecosystem
Log in