American vehicles in general are known for their adequacy in most roles but a lack of specialization in any, except for good hull-down performance. However, there are exceptions, such as the M18 Hellcat or the T95. American guns tend to have higher damage output over time than their competitors, but rarely have stellar aim times, penetration values, or damage per shell at their tier. American vehicles tend to be larger than their counterparts, and tend to share many components such as guns, radios and engines, making the grind process for many tanks relatively easy. They are a fairly easy-to-play nation in comparison with other nations, but hard to master. 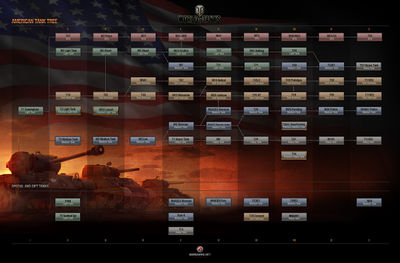