As of the 0.7.1.1 update, a new modification system was introduced.

Here is what was added to the client, the /res_mods folder. 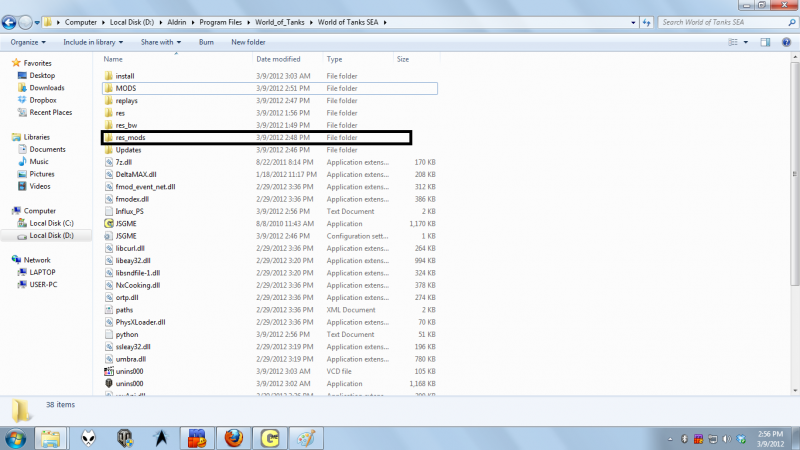 From version 0.7.1.1 onwards, this folder is the designated location for any modifications to the game.

Upon opening the /res_mods folder, we see another folder with the version number in it (in this case 0.7.1.1), and inside of it is a readme file that says:

"Dear players, this folder is designed for installation of game modifications (MODs) of World of Tanks." 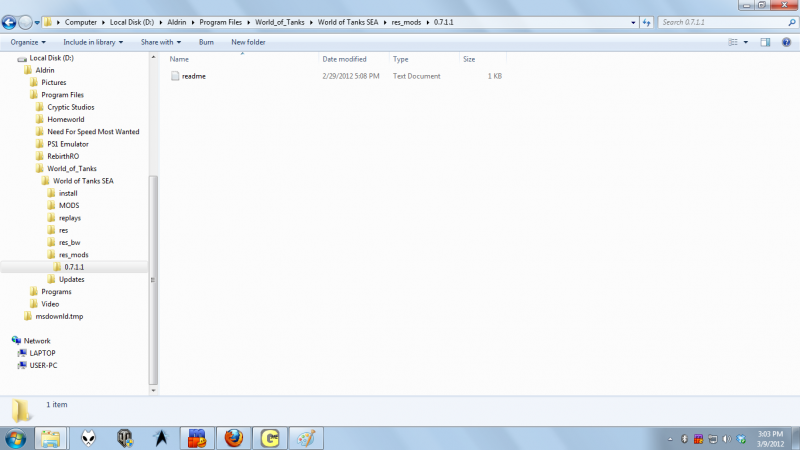 Be wary that for each time that the client undergoes a version change, the /res_mods folder would add a folder with the version number, so before updating, be sure to make a backup of your mods and once updated to the latest version, try and move them to the new folder.

Also note that certain mods, like sound modifications, would cause the client to render only the sounds that are added to the folder, and not the rest of sound sets. This is a known issue and a workaround has been made for it. Thanks to Amade and locastan for the information.

If you have been a good boy and have managed to backup your mods or specifically the contents of your modded /res folder, you can simply copy and paste everything inside of the /res folder into the /res_mods/version folder, where the readme file is. Take note that this step is also a workaround of the “missing sounds and files” that sometimes plague some mods.

This means that you basically recreate the folder structure of your mods inside the /res_mods folder.

Please copy the contents of your old /res folder, not copy the whole /res folder into the /res_mods folder

(Sorry I had to do such exaggeration but the more I look at the ones having problems, the more I notice that most of them do not notice what the picture has intended to do.) 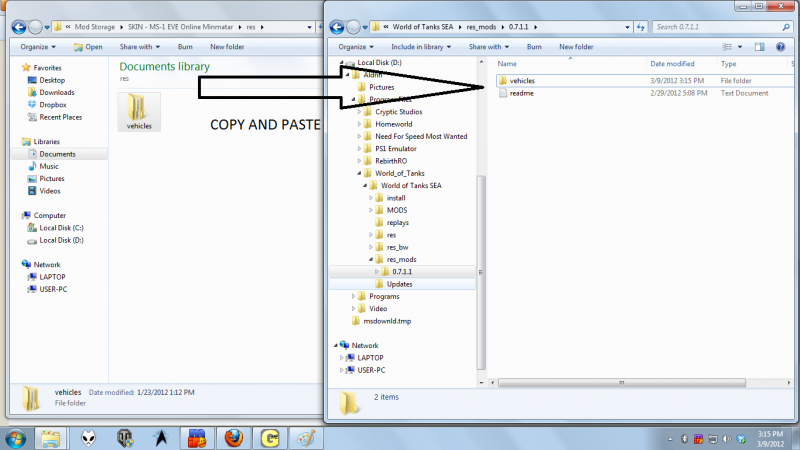 Take note that some mods might no longer work with the version change, please consult the author for the compatibility information.

Depending on the mod, restart or switch tanks to apply the changes - though I would prefer restarting the client to make sure nothing is broken.

If you managed to successfully add your mods in, you would see the results almost immediately. 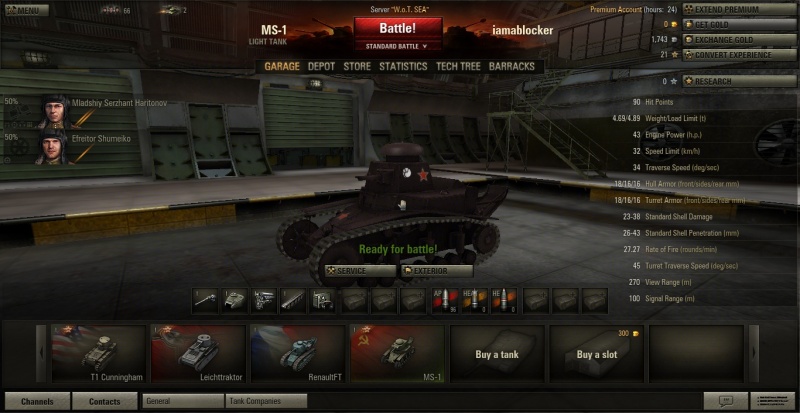 Now for those people who have been bad and have forgotten to back up their /res folder, here’s a quick guide on how to unpack the stock files into the /res_mods/version folder.

First up, locate your World of Tanks install and go to the /res/packages folder. 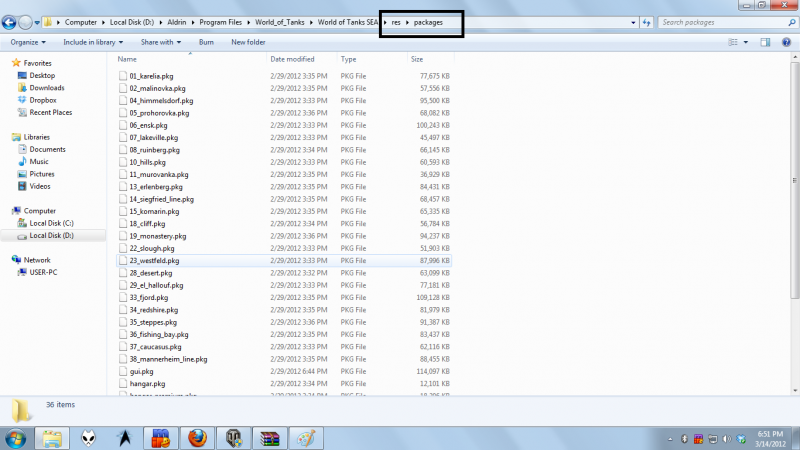 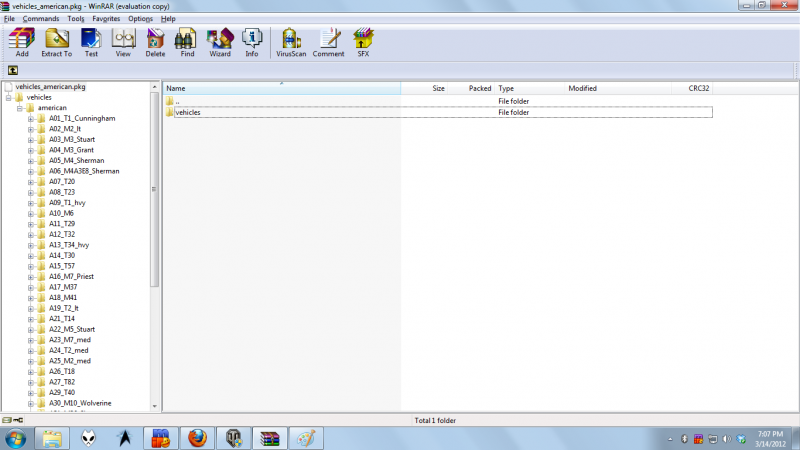 Extract the files from the package to the /res_mods/version folder. 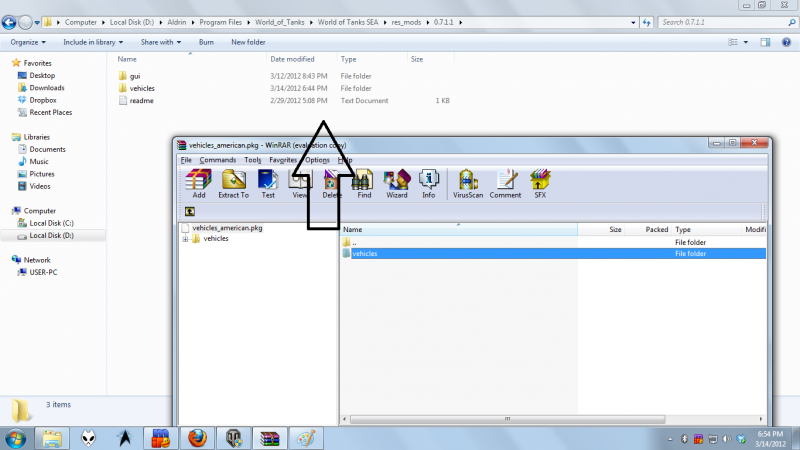 Repeat if needed with other packages, merge if needed.

Take note that you can still copy the contents of the /res folder, particularly /audio, /gui, /scripts and /text into the /res_mods/version folder. 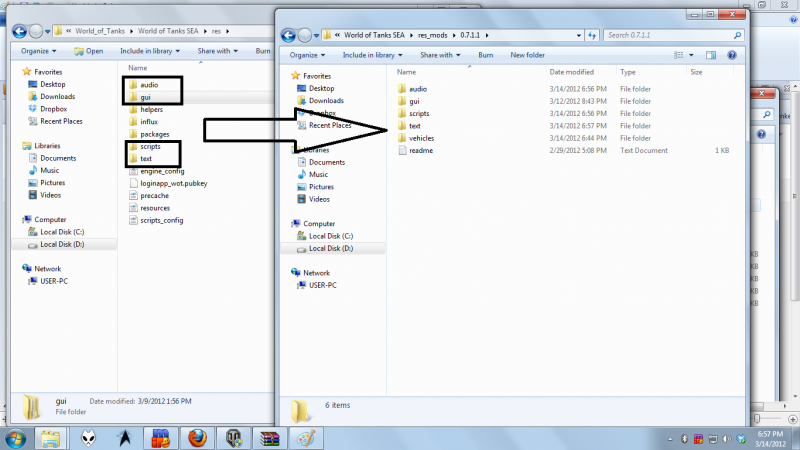 You can then treat the /res_mods/version folder as if it were the usual /res folder.

Originally from the World of Tanks Official Forums by iamablocker

Mod page is coming along there. Cool.

Point about modding. You don't need all the files in a package extracted. Just the directory. (except for the previously mentioned sound bug)

For example; for a scope shadow mod, the modified ScopeShadow.swf goes in res_mod/0.7.3/gui/flash, the other ~189 files do not need to be unpacked.