In a PvP team game like World of Tanks, sometimes the predictable is exactly what the opponent will be ready for. In cases like those, doing the opposite of the expectations can catch an enemy wrong-footed and the team will be too slow to either react or exploit the weaknesses that crackpot approaches offer them. 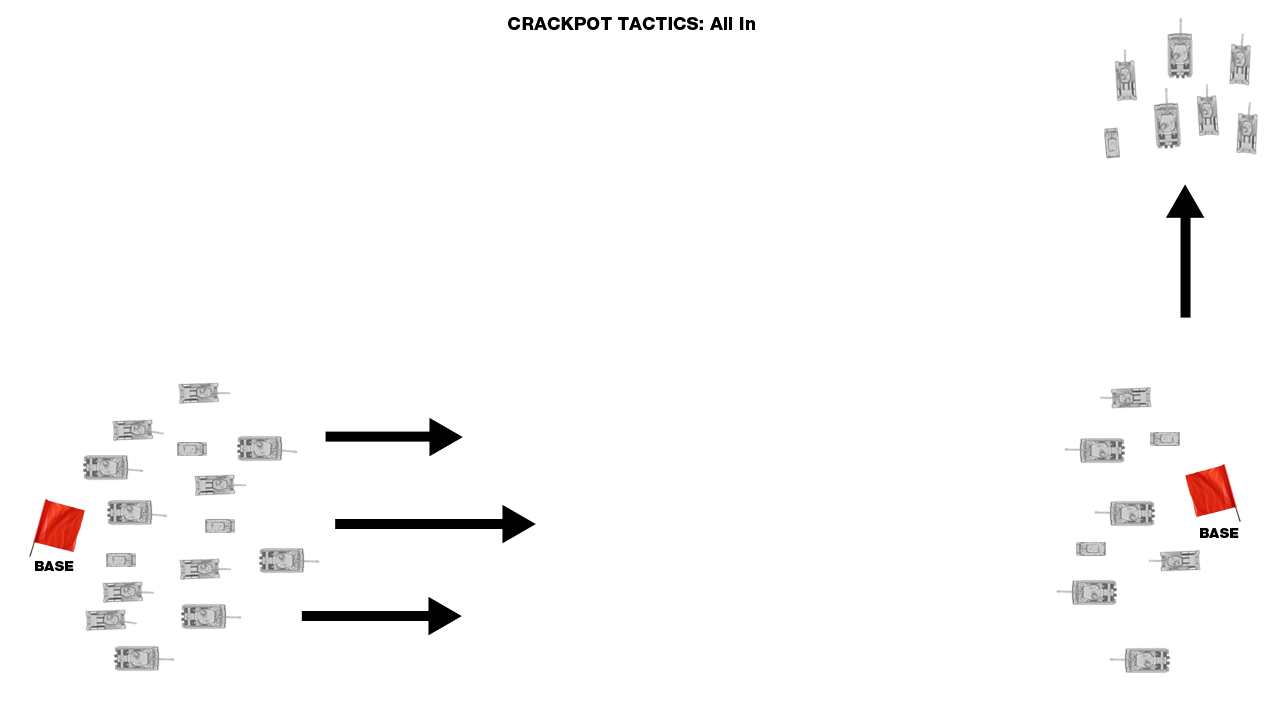 Risk everything, go all in! When the round starts, the enemy team will begin to disperse, but not you...you're throwing everything you've got at them from one direction. With good timing and luck, you can break through their base defenders and begin to capture the base before they're able to organize a counterattack or capture your own base. This is most often referred to as "rushing" or "yoloing" the enemy. While very risky, the payoff can be very big. However in random battles, this tactic requires the player to be very aggressive on the flank the whole team has gone to in order to make use of the advantage their team has on that flank, as random battle team-mates tend to be relatively passive and unwilling to make aggressive plays, but will follow other team-mates who lead the charge and take hits for them. Because of this, platoons are often more able to take advantage of a team going all in on one side as two or three takes are far more effective at leading a push than just one, and it allows the platoon to take hits for one another, preventing a solo tank leading a push, getting no support initially (as passive team-mates do not wish to get into a situation where they make take shots), and dying without having the opportunity to continue the rush, leading to the team getting stalled, flanked and ultimately losing the game. A strategy like this can also be effective in tier VI Strongholds and Clan Wars, due to the highly mobile tanks that are frequently taken in these game modes. With this tactic, a win can be quickly won by capping out the base whilst the enemies are still getting into position, preferably far away from the base. The strength of this is emphasised by good focus fire, allowing your team to dominate the enemies if you run into them whilst rushing to the cap circle, or when the enemies are rushing back to their base in an attempt to reset the base capture. 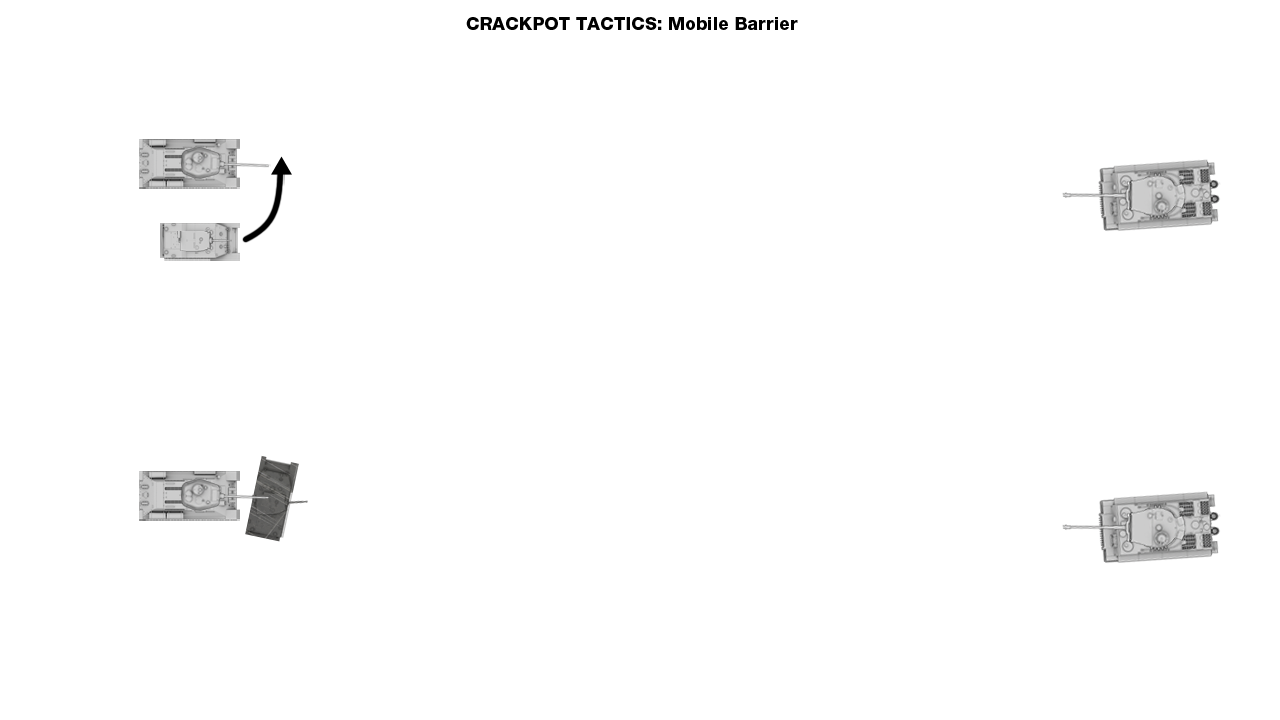 Using dead tanks to shield you. Some tanks with weak hulls/lower plates can benefit greatly from using an already dead tank to hide these weak areas. Tanks such as the Maus and Super Conqueror can be especially good at exploiting something like this because they are relatively tall making them able to use a greater number of dead tanks (unlike lower profile tanks like the IS-7 or 113), their weight and engine power means they can push these dead tanks around, making excellent use of this mobile cover (unlike lighter vehicles such as the Object 430U), and their turret is strong most of the time, allowing them to better utilise their armour (unlike weak-turreted vehicles such as the E 50 Ausf. M or T110E5).

In competitive modes, shielding using dead tanks is used more frequently, most commonly to shield smaller tanks in order to allow them to capture the enemy base. This may be done because one tank takes a lot of damage whilst pushing onto the cap circle, therefore meaning a better use for them is to shield smaller tanks rather than to try and stay alive to do more damage. This may also be done as a planned tactic, and gives rise to infrequent use of more unusual tanks due to their size/shape that allows the better tanks to hide behind them. One example of this is the use of the AMX CDC or AMX 50 100 whilst WGL was in the 7/68 format on the Ruinberg map. Attacking on Ruinberg is notoriously difficult, and so in the WGLEU team GoHard decided to flip one of these large French tanks onto their side, and then push them onto the 1 Base with Bat.-Châtillon 25 ts or 113s hiding behind them. This allowed them to capture the base as tanks that would usually be able to reset that base were unable to do so because of the shielding completely covering the capping tanks, and because HE shells get completely absorbed by dead tanks, any HE shells shot at the capping tanks were unable to do any damage.

Retrieved from "http://wiki.wargaming.net/en/index.php?title=Tactics:_Crackpot_Tactics&oldid=279383"
Category:
Hidden category:
Your location:
To log in, select the region where your account is registered
CIS Europe North America Asia Republic of Korea
Or use Microsoft Login to enter WoT XBOX ecosystem
Log in