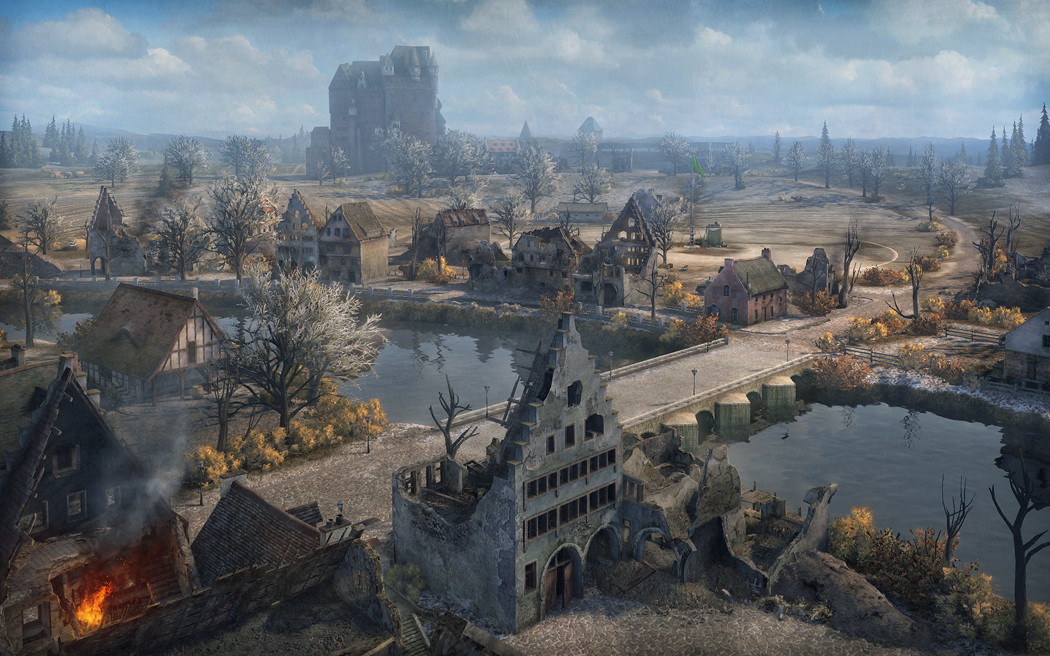 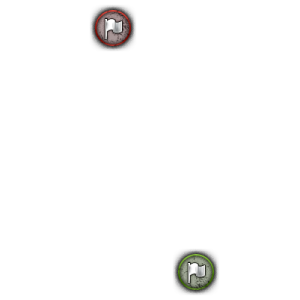 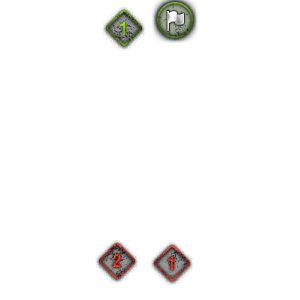 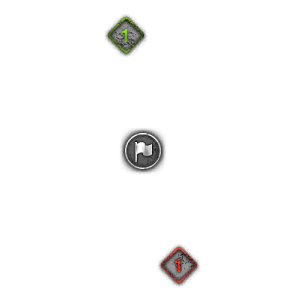 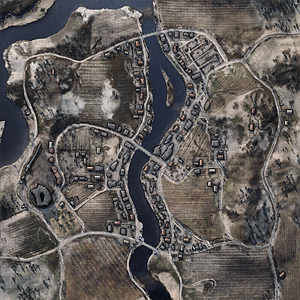 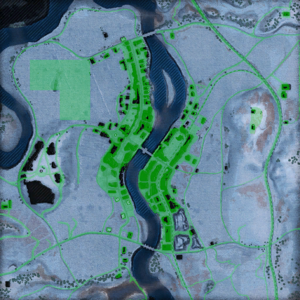 A large river splits this map in half, with three bridges acting as choke points between the halves. A small town surrounds the center bridge, while the north and south bridges have fewer buildings providing cover. A large castle overlooks the west half of the map on a large hilltop, offering cover and supporting fire positions. Hills overlook the city in the east, with sufficient vegetation to provide some concealment for tanks.

All three game modes of Standard Battles, Assault, and Encounter are found on Erlenberg.

There are two main areas of contention regardless of the game mode. The west side of the map features a castle on the south, connected by a ridge to a hill on the south with a house and a ridge that serves as a defensive trench. There is also path that runs even further to the west right along the water's edge and around the hill to the north. The south side of the map also features a hill to the south-west of the castle in G1 that can be an effective location for snipers. The east features another ridge with a pair of houses on the north, and lots of undulations on the south side. There is a hill at the east edge of the map located in F0 that is a critical point for spotting the opposition, with some destructible houses on the foot of the hill in the north. Finally, a forested hill at the north east in C0 provides a location for snipers. Generally the east side emphasizes gun depression, viewrange/camo, and mobility, while the west requires armor and gun performance more. From the north, the west side is fairly easily won with an early, aggressive push if the team works together, while the same can be said for the south for the east, due to the fact that these pushes will deny sniping positions to the opposing team. However, more passive play favors the south in the west and north in the east due to the better sniping positions, though this doesn't mean that such an advantage can be defeated by a careful slow push later on.

Typically the heavies split 50:50 or slightly more to the west. Northern TDs tend to favor east more, while the south is usually more evenly split. Mediums and lights also split more evenly. Lights and fast mediums can play more to the center of the map, and occasionally at the center buildings next to the river, but this is usually less effective. SPGs can position either at the center or in one of the corner to better support an individual flank.

The role of the center is somewhat dependent on the game mode. For both Standard and Assault, tanks in the center can take advantage of unaware tanks on either flank, but tend to be easily focused down when spotted. A light tank might be able to streak down the center while the flanks are occupied to destroy enemy artillery, but otherwise the center is mostly a supporting role. However, for Encounter, the capture circle is in the center of the map. Fast captures are not uncommon, especially at low and mid-tiers, so it is wise to send a tank or two to the middle early to stall and spot the cappers, or risk having to have tanks from the flank cross open-fields to stop the cap in a rush.

Players spawn in the north and south ends of the map, making the chokepoints on the bridges a moot point, as both sides have access to either side of the map. The castle and the eastern hills both tend to become the primary battle zones, as holding one or two of those places allows for domination of large parts of the map.

Retrieved from "http://wiki.wargaming.net/en/index.php?title=Erlenberg&oldid=308653"
Categories:
Your location:
To log in, select the region where your account is registered
CIS Europe North America Asia Republic of Korea
Or use Microsoft Login to enter WoT XBOX ecosystem
Log in