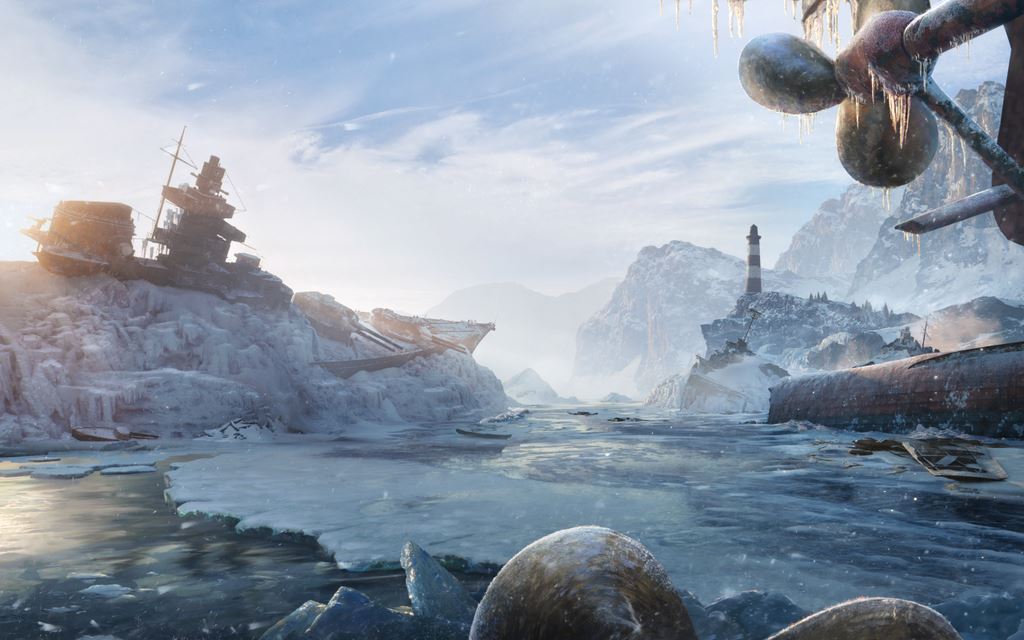 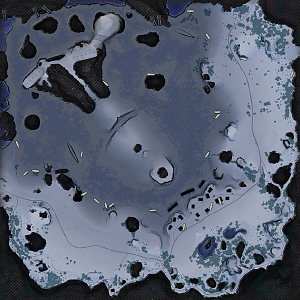 The map isn’t specifically based on any locale or any historical battle (due to Sweden’s neutrality during World War II). The key element is its charming winter setting. Besides, if you’re looking for a bit of variety, Glacier certainly makes for a breath of fresh air.

Glacier might not be set in any particular era of time but the conditions signal the end of winter on Sweden’s coastline. The cold atmosphere is beginning to thaw, and soil and terrain is starting to penetrate the white snow and permafrost. Roughly a third of the map is occupied by the sheet ice across the bay, and the former village is down to its bare bones; ruined houses and felled trees show its inhabitants have long gone.

Featuring the staples of any winter map, such as blocks of ice and compacted snow, the map does contain some rather distinctive architecture. They include ships lodged in the ice, worn-down ship propellers, an entire smorgasbord of ship parts, and the focal point of the map, the aircraft carrier.

The area by the aircraft carrier can turn the tide of battle as you help provide support to push your heavies through and repel a centralized push from enemy forces from the top. Those heavies will want to utilize the frozen shipwrecks and blocks of ice located in the north-west corner of the map. After all, it’s prime battling and brawling ground with these natural obstacles allowing for plenty of maneuvering options and being a relatively safe haven from shells floating in from above.

The center really is the place for light tanks with its landscape and terrain but it’s evident that those barriers that are shielding you might just have some enemy tanks hiding behind them too so be wary. For those looking to do damage from a distance or thinly armored, the northeast and south-west map points offer great viewpoints to observe the action with a good amount of concealment!

That just leaves the south-east… While shelter can be found here, it’s not going to save you from enemy artillery fire so please take note. However, that doesn’t mean it’s not worth fighting over, it’s a good locale for mediums and with its abundance of bushes, it offers a fine position for tank destroyers.

Retrieved from "http://wiki.wargaming.net/en/index.php?title=Glacier&oldid=272457"
Categories:
Your location:
To log in, select the region where your account is registered
CIS Europe North America Asia Republic of Korea
Or use Microsoft Login to enter WoT XBOX ecosystem
Log in