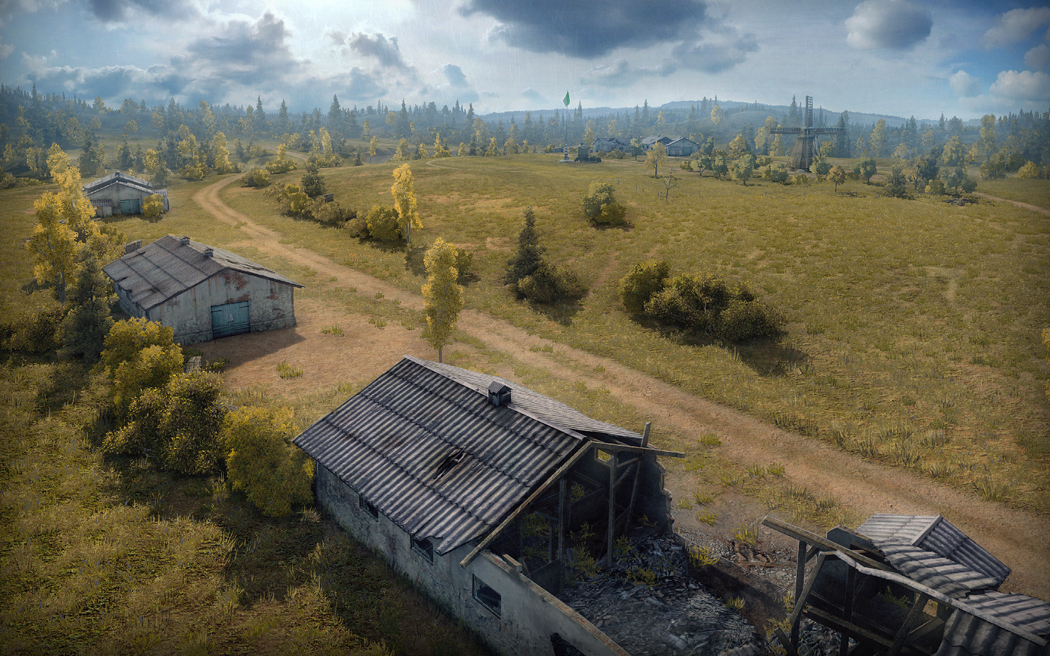 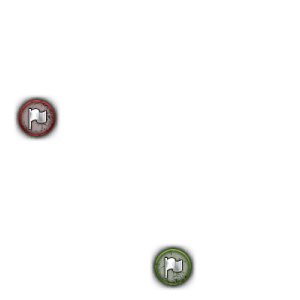 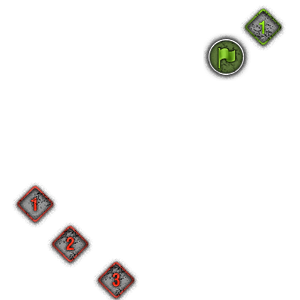 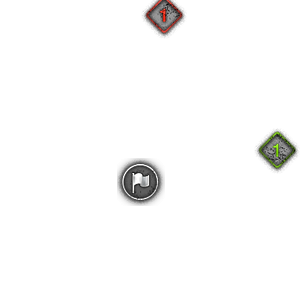 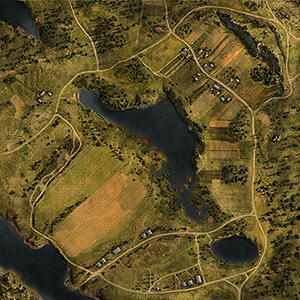 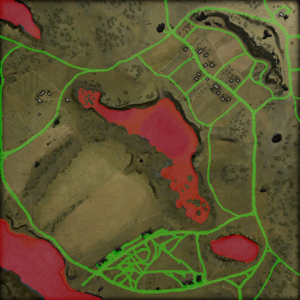 Across no-man's land, between both spawns. This favors sniping. The hill and the area below it. This favors flanking and brawling. At the start of the battle, the first thing to do is to check the number of scouts and SPGs - how many scouts do you have and how many scouts do they have, and are there SPGs to support them? This will decide how the initial strategy plays out.

If you have more scouts than the opponent, send a skilled scout to light up the side of the enemy field, as the distance between the spawns is smaller than the drawing limit. Tank Destroyers and tanks with sniping capability should be prepared to shoot anything that is lit up, and SPGs should be aiming at the enemy standoff line, marked by the line of rocks on one side and the line of houses on the other. SPGs should also report any environmental changes, such as trees falling, to the team. Hopefully, this should result in substantial portions of the enemy team being lit up and damaged. Alternatively, lights can try flanking the enemy position via the hill side, but this may be difficult considering that they will encounter enemy forces heading for the hill. This should only be attempted by skilled drivers with high Camouflage skill. Successful breakthrough, however, will often light up the enemy SPGs, leading to their neutralization or at least forcing them out of position for some time.

If there is a lack of scouts, the M18 Hellcat will often suffice when placed in the bushes at the southwest side of the field. Alternatively, a tougher heavy tank can be placed there, which will draw bounced shots and expose enemies to fire. This works best when there are no enemy SPGs in play.

Mid-battle, the focus shifts to the Hill, where heavy tanks will often brawl with each other at mid-range. This region is often the deciding factor between victory and defeat, and standard brawling tactics apply. Do note, however, that South spawn has access to a windmill as cover, so the other team will need to push hard to force them out. Bouncier mediums like the T-44 come in handy here, and American heavies should find the terrain ideal for hull-down tactics. The region is exposed to SPG fire, so staying artillery safe is of importance (especially with 8.6 and top tier SPGs).

Both the encounter and standard battle modes are played on this map.

In standard battles, the spawns for the two teams are at D2 and J6, with arties starting in the forests at B4 and G9. There are generally three ways to go at the enemy: Cross the field, skirt the field edge, or go to the hill in the northeast. Those that cross the field arefield. The north road is wider than the south, allowing for more maneuverability, and has rocks scattered about to give protection. However, tanks advancing on this road may be flanked by both tanks at the enemy base and tanks on the hill. The south road is narrower with little protection, but unlike the north road, the enemy is only coming from one direction. This road is usually used near the end of the game by tanks who have been at base, and can safely cross into enemy territory. The last of the roads, the hill, is the main route for striking the enemy base. The two parts here are the hill and the flat area of land below it. The latter has a town that can be used as temporary cover, and those who use it have a chance of flanking enemies on the hill, or getting a direct path to the enemy base, but usually come under fire from both of those groups (that is, both tanks at base and on the hill). The hill itself is mostly a slugging party with a lone building to give shelter. Winning the hill can be a valuable way to reach the opponent, but there will almost always be enemies coming for it to achieve the same goal. Malinovka's bases both appear to have great protection at first, with solid walls that have windows for shooting through facing a plain that can be difficult to cross, and almost always, tanks will begin camping behind those walls. This led to the name "Campinovka", where tanks would just sit behind those walls, waiting for enemies to come by. Usually, after the first two minutes, all enemies that dare to cross the field have been either driven away or (more likely) burnt to a crisp, so it is better to leave the base less defended after the initial field-crossing wave.

In encounter battles, the spawns for the teams are at the base of the hill, at A6 and D0. The flag is at F5, smack at the middle of the map. Capping is rarely a success here because you can be fired on while capping from almost anywhere on the map. Here, the hill becomes the battlefield, and most tanks will climb up the hill, while other tanks snipe at advancing opponents. A few of the faster tanks may try to circle around the map by going through the south road of the field, and try to get at the weaker tanks behind lines, or just to light up the enemy.

Retrieved from "http://wiki.wargaming.net/en/index.php?title=Malinovka&oldid=308634"
Categories:
Your location:
To log in, select the region where your account is registered
CIS Europe North America Asia Republic of Korea
Or use Microsoft Login to enter WoT XBOX ecosystem
Log in