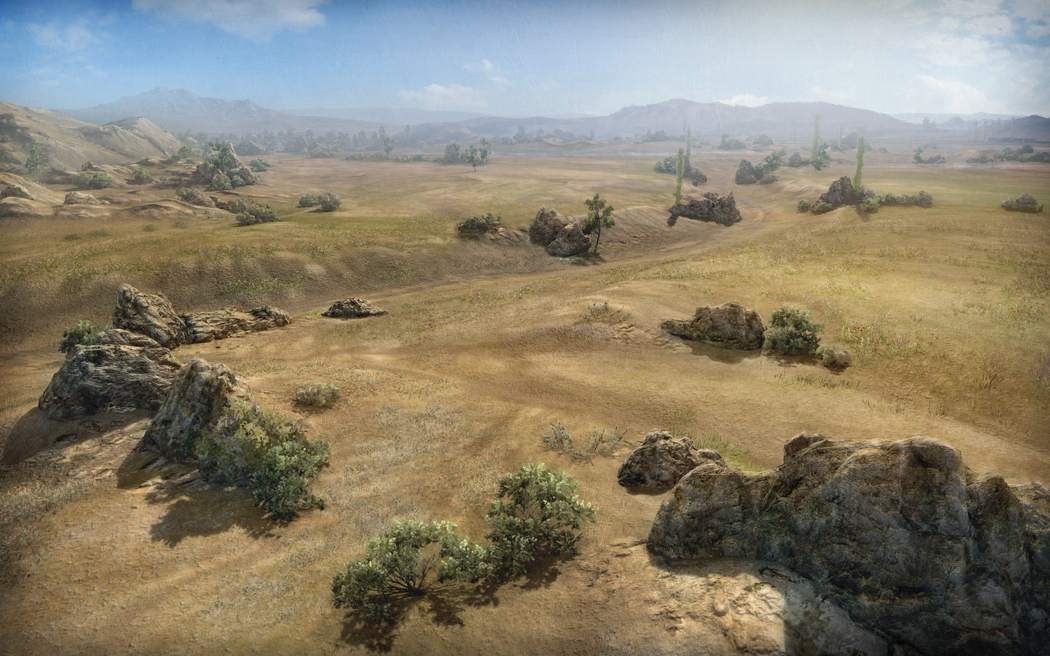 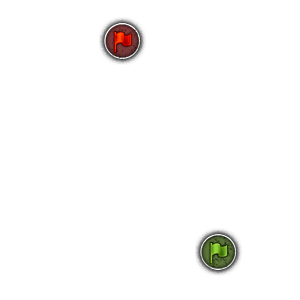 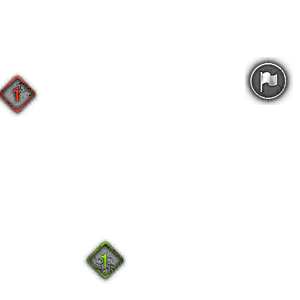 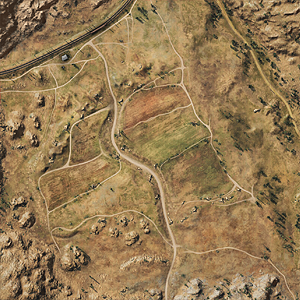 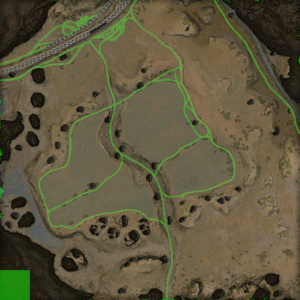 A seemingly endless open expanse of fields and hills, scattered through this farmland-esque map. Open fields, varying ditches, and small hills and rises litter this map, allowing for some prime spots to lay ambushes. Long, open fields are great for those who prefer long-distance combat, with little cover available to your target. Just remember; This works both ways.

To the east of the map, there is a valley where battles between different types of tanks take place. American tanks and Japanese tanks will do well here (because they have good gun depression). Flanking will be especially useful here. If you can manage to get around the enemy's back, they will be toast.

In the middle of the map is a road leading to enemy's base. This route isn't used by many, but scouts will find it easy to spot or take out the enemy's artillery here. There are many tall rock structures along the way if you ever need to take cover from enemy fire.

On the west side of the map is usually plugged by heavies. Once again, there are a lot of rock formations, but usually the braver team comes out on top. 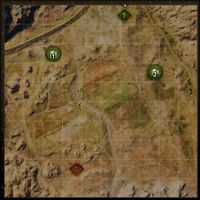 Steppes Attack/Defense big image
Retrieved from "http://wiki.wargaming.net/en/index.php?title=Steppes&oldid=308648"
Categories:
Your location:
To log in, select the region where your account is registered
CIS Europe North America Asia
Or use Microsoft Login to enter WoT XBOX ecosystem
Log in