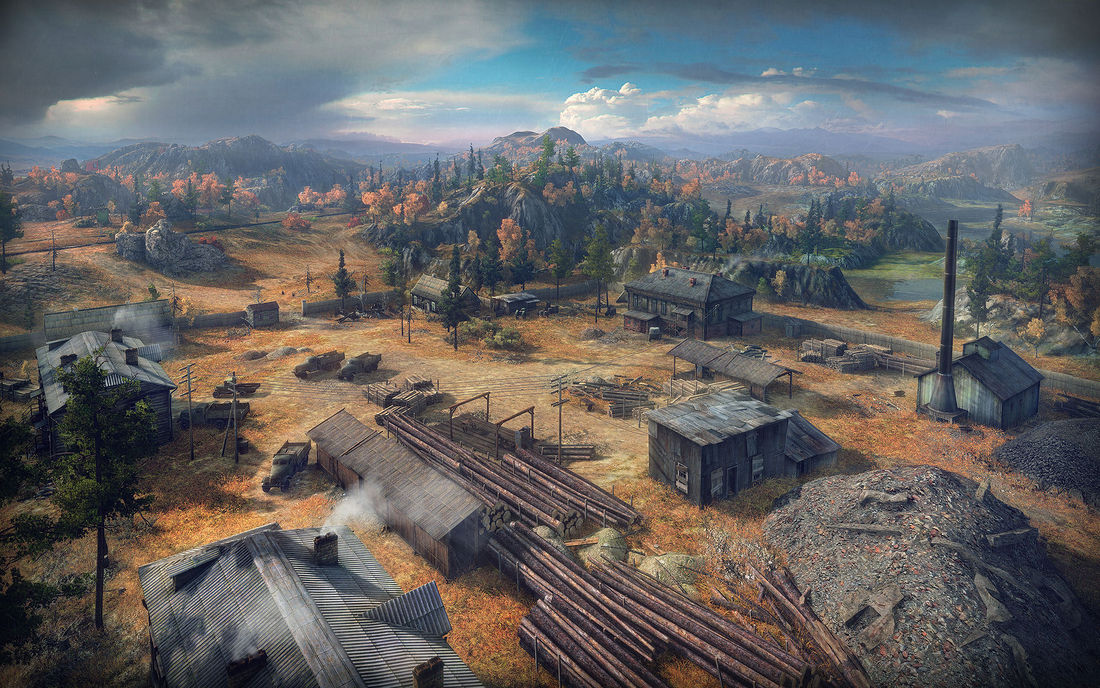 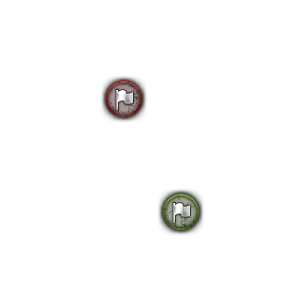 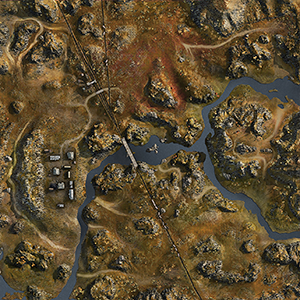 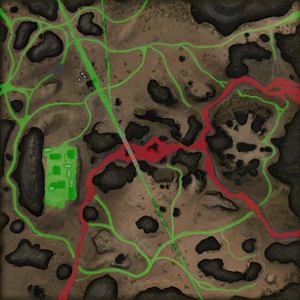 A mountain in the east offers the possibility of dominating from the high ground, while the central part of the map offers a wide range of tactical advantages. The village in the west could offer some linear combat for heavy tanks.

Tundra can be described as one of the least tactical maps in World of Tanks. Because there are so many routes one can choose to go down, it is almost impossible to describe how to go about your business on this map. There are many sniping positions throughout the map, so tanks with good dispersion values will have fun here. Heavy tanks can brawl anywhere from the river valley to western valley to the city in the west. Medium tanks can take the east hill and fare pretty well, or they can take the bridge that connects the two bases. This is a natural choke point though, so you'll have to bring some backup. Scouts can use the river valley under the bridge to spot. It is also fairly easy to get out of. SPG's will find the tall formations and mountains a bit annoying, but they do have a good chance of success. Tank destroyers with good frontal armor will love the western valley as well as the bridge.

Retrieved from "http://wiki.wargaming.net/en/index.php?title=Tundra&oldid=308650"
Categories:
Your location:
To log in, select the region where your account is registered
CIS Europe North America Asia
Or use Microsoft Login to enter WoT XBOX ecosystem
Log in