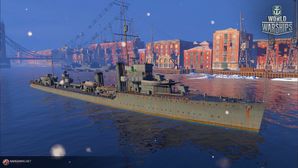 A special note on the Smoke Generator

given to Royal Navy destroyers; due to their incredibly short duration, it encourages captains to continue to reposition their vessel in order to keep pace with the flow of battle. As a destroyer Valkyrie is most effective near the front of any assault or ambush, ergo the smoke provides an ability to set up a temporary cover from enemies. An individual charge seems like less of a waste if used incorrectly and a following charge should be available soon.

in order to mitigate the chance of magazine detonation during combat.

: Royal Navy destroyers come equipped with a unique smoke screen generator. Once activated, they will only disperse for a maximum of 40 seconds, but in turn the consumable will recharge in 80 seconds.

Combat signal flags will be the ones most frequently mounted; it is recommended to focus on buffing her speed and main battery. Full list of appropriate signals for Valkyrie is shown below: 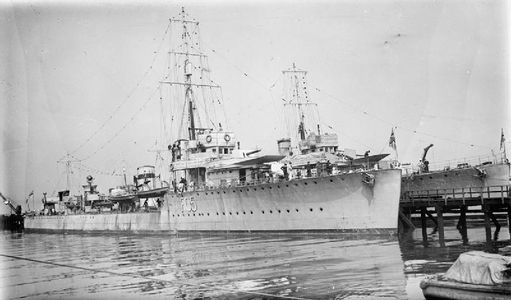 Ships of U.K.
Destroyers
Retrieved from "http://wiki.wargaming.net/en/index.php?title=Ship:Valkyrie&oldid=322014"
Categories:
Your location:
To log in, select the region where your account is registered
CIS Europe North America Asia
Or use Microsoft Login to enter WoT XBOX ecosystem
Log in