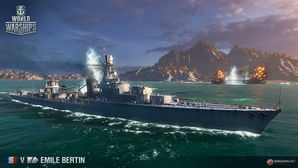 A light cruiser specifically designed to have the highest speed possible and a powerful artillery. The ship's small displacement was limited by international treaties so she received only minimal armor protection. 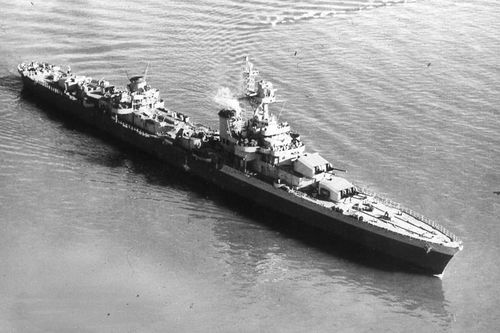 Ships of France
Cruisers
Retrieved from "http://wiki.wargaming.net/en/index.php?title=Ship:Émile_Bertin&oldid=318483"
Categories:
Your location:
To log in, select the region where your account is registered
CIS Europe North America Asia
Or use Microsoft Login to enter WoT XBOX ecosystem
Log in